The gov't that did not see ¢30bn unreported gold leave Ghana

More than ¢30bn in gold left the shores of Ghana without any official knowledge, according to reconciled data gathered by Corruption Watch.

It means somewhere around the globe, a group of persons made this fortune from Ghana’s resources without giving government a slice in the form of paying taxes. 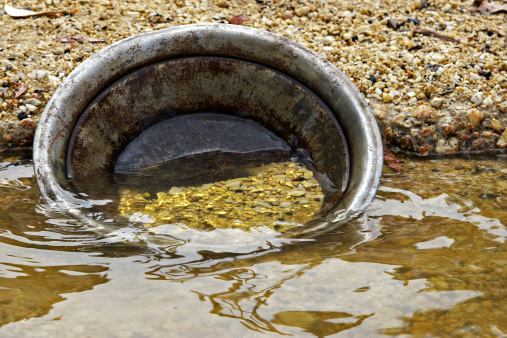 Perhaps even more worrying, the data raises questions about the government of Ghana’s hold on the extractive industry. In the year when a government ban on small-scale mining was in place, Ghana legally exported almost the same value of gold exported illegally.

This was in 2017 when $4.98bn in unreported gold was exported to these three countries. This is against $5.78bn in reported exports of gold to these same countries, a difference of about $800m.

The smuggling of gold is a very lucrative business in Ghana attracting alarming influx of foreign nationals especially from China.

“Over the last four years, we have shipped close to 500 kg of gold, which is over US$20million to UAE. The trade has always been very profitable,” Chan who facilitates the smuggling disclosed to the Business and Financial Times.

Chan, who has no licence to export gold, smuggles the gold through porous borders and bribing officials at licencing company Precious Minerals and Marketing Company, the paper reported.

The PMMC was suspended by the Bank of Ghana from directly shipping gold out of Ghana over undocuments and unexplained movement of $2.3bn in gold from the country.

Meanwhile, data from just three destinations of the many countries that import gold from Ghana shows that over the same period 2015-2017 gold that left the shores of Ghana to those three countries amounted to at least US$ 20.1695bn or GHC98.3263bn.

The variance between the total recorded by Bank of Ghana and that for the three countries is a whopping US$6.2512bn or GHC30.4746bn. These countries are Switzerland, India and the United Arab Emirates.

The outcome of the analysis and the huge variance between the BoG’s officially reported figure and those reported on behalf of these countries confirm long-held suspicions that Ghana does not have a firm grip on its gold exports.

Often, smuggling of gold from illegal and small scale mining activities has been blamed for the huge variance in officially reported figures between Ghana and receiving countries.

Curious, for many, is the fact that in 2017 when a ban on illegal mining and small scale mining was in place, at least US$4.9855bn worth of gold was exported to Switzerland, UAE and India unreported to the BoG.

In that year, according to the Corruption Watch analysis, the BoG reported total gold exports worth US$5.7862bn while the volume of gold imports from Ghana by Switzerland, India and UAE was worth US$10.7717bn.

In January 2018, President Nana Akufo-Addo reportedly revealed that about $5 billion dollars was unaccounted for in gold exports from Ghana to the United Arab Emirates.

According to Citifmonline (Citinewsroom) report, the president said that Senior Minister Yaw Osafo Maafo was told, while on an official visit to Dubai in the United Arab Emirates, that the UAE had recorded $7 billion worth of Gold imports from Ghana in the preceding year.

In other instances, in late 2017 the BoG and the Precious Minerals Marketing Company (PMMC) were in the news for being unable to trace most of the companies involved in the 2016 export of $2.3 billion worth of gold that did not result in the repatriation of foreign currency.

While it has been difficult tracing the actual culprits, it is common knowledge that many extractive sector companies have often faced accusations of tax evasion and illicit capital transfer from their operational jurisdictions to their countries of origin. Africa and the developing world usually suffer the biggest loses.

“Customs officers, stationed at mines to observe the gold smelting process and to record the production volumes, have in many cases stayed at particular mines for more than a decade. The situation runs the risk of compromising the integrity, and therefore the effectiveness of the monitoring arrangement,” the CSPOG highlighted in its report “Typology and Nature of Corruption Risks in Ghana’s Extractive Sector.”