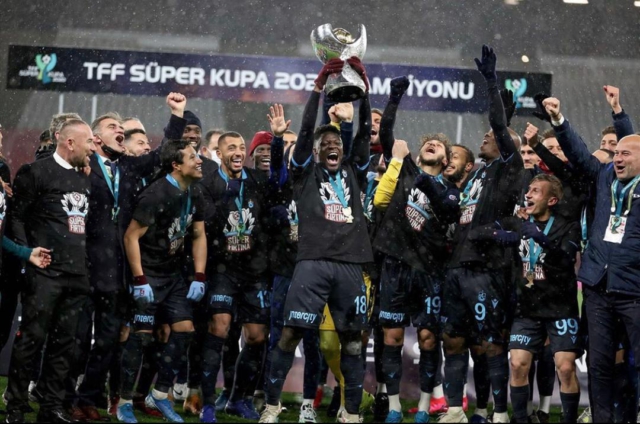 Ghana forward Caleb Ekuban has won his second trophy for Trabzonspor after his late goal secured a 2-1 win against Istanbul Basaksehir in the Turkish Super Cup final.

In the first half, Trabzonspor were able to stand their ground against the favourites Basaksehir at the Atatürk Olimpiyat Stadium.

Jorge Djaniny opened the scoring just two minutes into the second half to put Trabzonspor ahead.

With five minutes left on the clock, Ekuban scored the winning goal after racing clear of his opponents including Basaksehir goalkeeper Gunok.

Ekuban’s goal proved to be the difference between the two sides to clinch his second major silverware with Trabzonspor.

The striker is enjoying his productive season yet, scoring six goals and providing two assists in 14 league appearances.