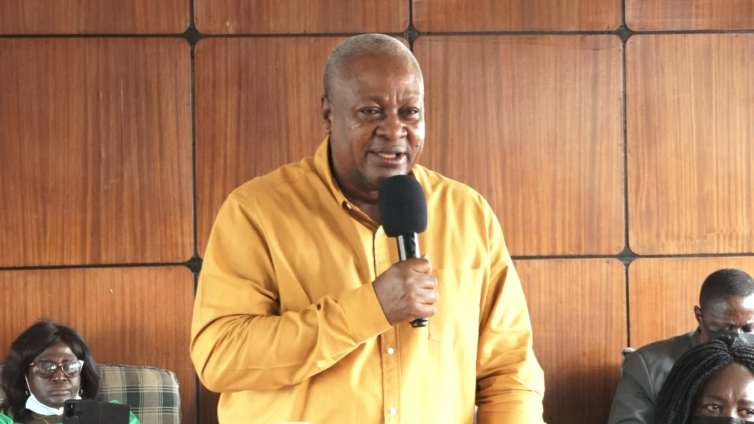 Former President John Mahama is urging President Akufo-Addo to call a summit on youth employment in a bid to find what he describes as sustainable employment for the many unemployed youths in the country.

The 2020 NDC flagbearer said they are ready to be part of a national discussion involving key stakeholders to propose suggestions that could lead to permanent jobs for the youths.

Youth unemployment remains a challenge in Ghana and Africa as thousands of graduates come out of school without corresponding jobs to absorb them. The situation is said to be a contributing factor to the growing crime rates and other social vices in the country.

But Mr. Mahama says the NDC will help to find a lasting solution to the challenge if the government calls for it.

“Two heads are better than one. We in the NDC are ready to sit down, and if the President would agree, he should call a summit on youth employment to brainstorm and suggest how we can resolve unemployment”, he explained.

“The beneficiaries are paid 700 cedis every month, but it is not sustainable. It’s artificial job creation. What they need are permanent jobs they can do and progress in life”, he stated.

He was speaking at the Bono Regional House of Chiefs as part of his thank-you tour of the region on Wednesday, August 8, 2021.

Mr. Mahama, who held closed-door discussions with the clergy, also met the regional chief imam and the party members later in the day.

On his part, the President of the Bono Regional House of Chiefs, Osagyefo Oseadeeyo Dr. Agyemang Badu, also expressed worry about the growing graduate unemployment, though he admitted it did not start from the tenure of President Akufo-Addo.

He said when people stay home for years after graduation without a job, it has the potential to create problems for the country.

Osagyefo Oseadeeyo Dr. Agyemang Badu, who is also the paramount chief of the Dormaa Traditional Area, appealed to the President, Nana Akufo-Addo, and the other political parties to work together to curb the unemployment situation he described as a time bomb waiting to explode.