Can You Predict Infidelity? - MyJoyOnline.com

Can You Predict Infidelity? 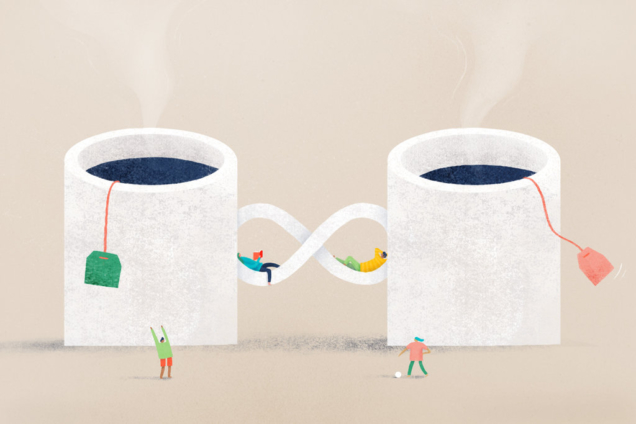 The relatively low rates of annual cheating mask the far higher rate of lifetime cheating. Among people over 60, about one in four men and one in seven women admit they have ever cheated.

There are some personality traits known to be associated with cheating. A report in The Archives of Sexual Behavior found that two traits predicted risk for infidelity in men. Men who are easily aroused (called “propensity for sexual excitation”) and men who are overly concerned about sexual performance failure are more likely to cheat. The finding comes from a study of nearly 1,000 men and women. In the sample, 23 per cent of men and 19 per cent of women reported ever cheating on a partner.

But there is a big difference between fantasizing about infidelity and actually following through. Researchers have found that the strongest risk factor for infidelity exists not inside the marriage but outside: opportunity.

For years, men have typically had the most opportunities to cheat thanks to long hours at the office, business travel and control over family finances. But today, both men and women spend late hours at the office and travel on business. And even for women who stay home, cellphones, e-mail and instant messaging appear to be allowing them to form more intimate relationships outside of their marriages. As a result, your best chance at fidelity is to limit opportunities that might allow you to stray. Committed men and women avoid situations that could lead to bad decisions — like hotel bars and late nights with colleagues.

A series of unusual studies led by John Lydon, a psychologist at McGill University in Montreal, looked at how people in a committed relationship react in the face of temptation. In one study, highly committed married men and women were asked to rate the attractiveness of people of the opposite sex in a series of photos. Not surprisingly, they gave the highest ratings to people who would typically be viewed as attractive.

Later, they were shown similar pictures and told that the person was interested in meeting them. In that situation, participants consistently gave those pictures lower scores than they had the first time around.

When they were attracted to someone who might threaten the relationship, they seemed to instinctively tell themselves, “He’s not so great.” “The more committed you are,” Dr. Lydon said, “the less attractive you find other people who threaten your relationship.”

Other McGill studies confirmed differences in how men and women react to such threats. In one, attractive actors or actresses were brought in to flirt with study participants in a waiting room. Later, the participants were asked questions about their relationships, particularly how they would respond to a partner’s bad behavior, like being late and forgetting to call.

Men who had just been flirting were less forgiving of the hypothetical bad behavior, suggesting that the attractive actress had momentarily chipped away at their commitment. But women who had been flirting were more likely to be forgiving and to make excuses for the man, suggesting that their earlier flirting had triggered a protective response when discussing their relationship.

“We think the men in these studies may have had commitment, but the women had the contingency plan — the attractive alternative sets off the alarm bell,” Dr. Lydon said. “Women implicitly code that as a threat. Men don’t.”

The study also looked at whether a person can be trained to resist temptation. The team prompted male students who were in committed dating relationships to imagine running into an attractive woman on a weekend when their girlfriends were away. Some of the men were then asked to develop a contingency plan by filling in the sentence “When she approaches me, I will __ to protect my relationship.”

Because the researchers ethically could not bring in a real woman to act as a temptation, they created a virtual-reality game in which two out of four rooms included subliminal images of an attractive woman. Most of the men who had practiced resisting temptation stayed away from the rooms with attractive women; but among men who had not practised resistance, two out of three gravitated toward the temptation room.

Of course, it’s a lab study and doesn’t really tell us what might happen in the real world with a real woman or man tempting you to stray from your relationship. But if you worry you might be vulnerable to temptation on a business trip, practice resistance by reminding yourself of the steps you will take to avoid temptation and protect your relationship.

To measure this quality, couples are asked a series of questions: How much does your partner provide a source of exciting experiences? How much has knowing your partner made you a better person? How much do you see your partner as a way to expand your own capabilities?

The Stony Brook researchers conducted experiments using activities that stimulated self-expansion. Some couples were given mundane tasks, while others took part in a silly exercise in which they were tied together and asked to crawl on mats, pushing a foam cylinder with their heads. The study was rigged so the couples failed the time limit on the first two tries, but just barely made it on the third, resulting in many celebrations.

Couples were given relationship tests before and after the experiment. Those who had taken part in the challenging activity posted greater increases in love and relationship satisfaction than those who had not experienced victory together.

The researchers theorize that couples who explore new places and try new things will tap into feelings of self-expansion, lifting their level of commitment.