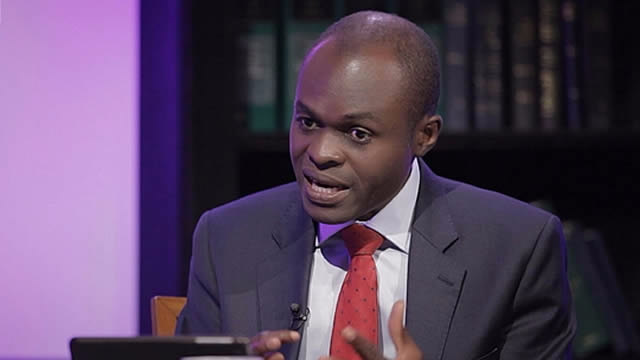 Private legal practitioner, Martin Kpebu, has backed a charge of stealing brought against four individuals over the collapse of Capital Bank.

There is a brewing debate over whether the charge of stealing and money laundering brought by the state against the former CEO of defunct Capital Bank, Mr Ato Essien, Managing Director Rev. Fitzgerald Odonkor, Kate Quartey-Papafio, CEO of Reroy Cables and Tetteh Nettey, Managing Director of MC of Management Service, will stand in court.

Although all four have pleaded not guilty, some lawyers have said the infractions cited by the Bank of Ghana, for which reason Capital Bank was closed down, are not acts that are criminalised under the Banks and Specialized Deposit Institutions Act of 2016 (Act 930).

“The Bank of Ghana pushed this Act through parliament after all the experience of failed banks, corrupt practices and fraud in the dealings with depositors funds,” legal practitioner, Elikplim Agbamava, wrote in an article.

Lawyer for Kate Quartey-Papafio, Dominic Ayine, has also scoffed at the charges.

But arguing on Joy FM’s Top Story on Tuesday, Martin Kpebu said in his estimation, the charges are credible and appropriate.

“Stealing is an offence which involves a person dishonestly taking somebody else’s property…in this case money. It is not only money but any other property at all,” he said.

He believes if the Attorney-General, Gloria Akuffo, can prove that liquidity support given to managers of the now-defunct Capital Bank was misappropriated, the charges will stand in court.

“When you set up a company, the law says that if you are shareholder, you are entitled to profits and if you are Director, a Director’s Fee…but short of these, it is not the case that a shareholder or an Executive of a company is allowed to spend the company’s money anyhow.

“So in a circumstance where it can be shown that money belonging to Company X and the managing director of that company misuses for a purpose not sanctioned for the business of the company, then that person may well be committing stealing,” he surmised.

“William Ato Essien and Tetteh Nettey between October and November 2015 in Accra in the Greater Accra Region agreed to act together with a common purpose to steal the sum of ¢100 million property of Capital Bank Limited,” portions of the writ read.

“Fitzgerald Odonkor, between October and November 2015 in Accra in the Greater Accra Region, abetted William Ato Essien and Tetteh Nettey to dishonestly appropriate the sum of ¢100 million the property of Capital Bank Limited,” according to the writ by the Attorney-General’s department.

For the charge of money laundering, the writ stated that “Mr Essien and Kate Quartey-Papafio, between June and August 2017 in Accra in the Greater Accra Region, disguised the sum of ¢70 million knowing it to be proceeds of crime”.

DISCLAIMER: The Views, Comments, Opinions, Contributions and Statements made by Readers and Contributors on this platform do not necessarily represent the views or policy of Multimedia Group Limited.
Tags:
Attorney-General
Capital Bank
Collapse
Martin Kpebu