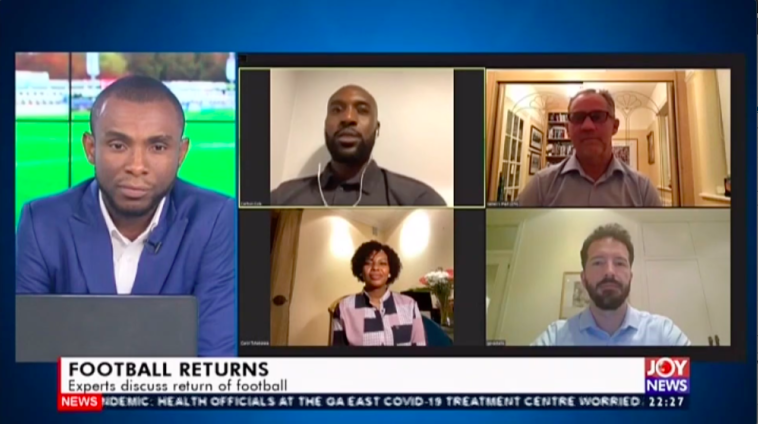 This follows calls for justice for George Floyd who was killed by a police officer with a knee to the neck with his last words being ‘I can’t breathe.’

His death has sparked global anti-racism protests with many demanding an end to discrimination against people of African descent.

Speaking on PM Express June 11, the West Ham Academy coach explained the phenomenon has been heavily entrenched in football while recalling an incident during his playing days when a banana peel was thrown at from the stands on the field of play.

He had in an earlier article in the Daily Mail stated that “I didn’t even notice at first. If I’m in a game of football, everything else is irrelevant. Football was my only get-out growing up so I made sure nothing distracted me. A lot of professionals are like that.”

Mr Cole, who is currently working towards becoming a manager in the English Premier League, wants pragmatic measures implemented to stem the canker.

He also believes adequate preparation and education by players of African descent will help clamp down on discrimination and effectively dismantle the stereotypes.

“I am doing a lot of stuff for my education to be a good manager. Once I’ve got all the qualifications, you’d like to think that you know the game well. And if you can bring your experience and value to a football club and they understand where you want to take the football club and believe in your plan I don’t see why a player with such experience and know-how won’t get a job,” he told JoySports’ Gary Al-Smith.

He explained: “I always say that it shouldn’t be about the colour of our skin. When you see how underrepresented in the higher leagues of football, you kind of question why there are few black players or managers as such in that position.”

These acts, Carlton Cole told JoyNews, will ensure that the changes being triggered by the painful death of George Floyd, resonates in the football world as well.