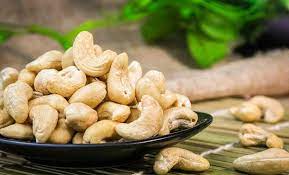 Cashew nuts, Palm oil and Preserved or Prepared Tuna were the top three Non-Traditional Export commodities for the first quarter of this year.

According to data from the Bank of Ghana, the three together earned the nation $217.4 million.

The value of the top-10 non-traditional export commodities during the first quarter of this year amounted to $342.24 million.

This is compared with $292.36 million during the same period last year.

Cashew nuts ($128.70m) and palm oil ($48.07m) are gradually becoming very important export commodities for the country. This calls for deliberate policy by the government to boost the commodities.

Overall, the value of merchandise exports for the first quarter of this year was a little above $3.9 billion. This was largely from gold, cocoa and oil exports.

Manufacturing was the highest contributing sector, accounting for about 84.6% of the total non-traditional exports.

In terms of destination, non-traditional export products were exported to 155 countries.

Netherlands was however the leading country with imports of $381 million of non-traditional exports from Ghana.