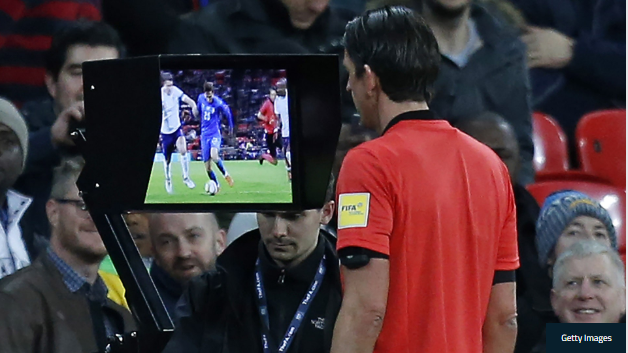 The Video Assistant Referee (VAR) system will be used in UEFA tournaments including the Champions League from next season, European football's governing body has confirmed.

The Europa League will not use the technology until the group stage of the 2020-21 campaign and the 2021 round of Nations League finals, not those in 2019, will be the first to have VAR.

UEFA president Aleksander Ceferin said: "We are confident that introducing Video Assistant Referees in August 2019 will give us enough time to put in place a robust system and to train match officials to ensure an efficient and successful implementation of VAR in the UEFA Champions League, the world's flagship club competition."

FIFA rolled out VAR for the 2018 World Cup following a number of earlier trials, while it is also being used in four of Europe's five major leagues.

The Bundesliga and Serie A introduced VAR in 2017-18, with LaLiga and Ligue 1 following suit for the current campaign.

In English football, Premier League clubs voted against using VAR in 2018-19, with trials extended for another year, but it will continue to feature in the EFL Cup and FA Cup this season.

The Premier League uses the Goal Decision System to rule whether the ball has crossed the goal-line, having introduced the technology in 2013-14.

Later on Thursday, UEFA's Executive committee will select the host of Euro 2024 at its meeting in Nyon, Switzerland.