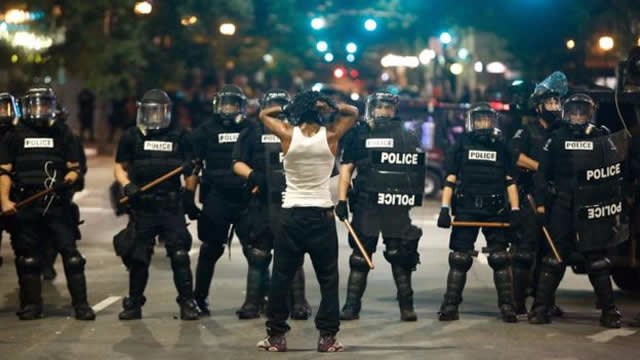 The North Carolina governor has declared a state of emergency in the city of Charlotte, as unrest continues over the police killing of a black man.

Violence erupted for a second night after Keith Lamont Scott was shot dead by a black officer on Tuesday.

One protester is in a critical condition after a "civilian on civilian" shooting, the city said.

Mr Scott was the third black man killed by police in a week. Such shootings have sparked huge protests recently.

Earlier North Carolina Governor Pat McCrory said he had "initiated efforts" to deploy the national guard and highway patrol to help deal with the protests.

The demonstrators are angry that Mr Scott, 43, was killed by police on Tuesday at a block of flats in disputed circumstances. 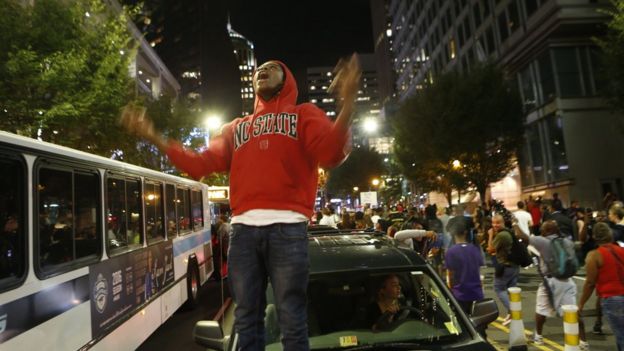 Police were serving an arrest warrant on another person when they say they saw Mr Scott get out of a car with a handgun.

Officers say he was repeatedly told to drop his handgun before he was shot but his family say he was reading a book, as he waited for his son to be dropped off by the school bus.

Dash-cam footage of the incident will be viewed by Charlotte's mayor but not released to the public "at that time", the city said. 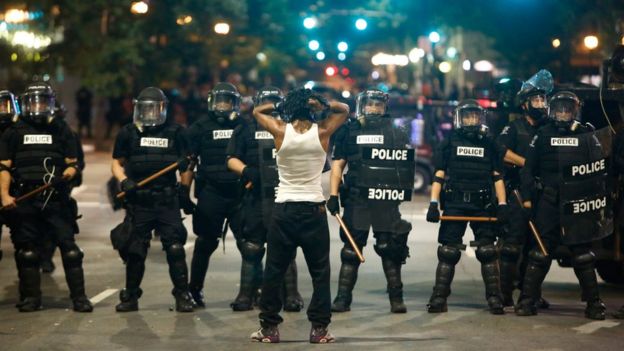 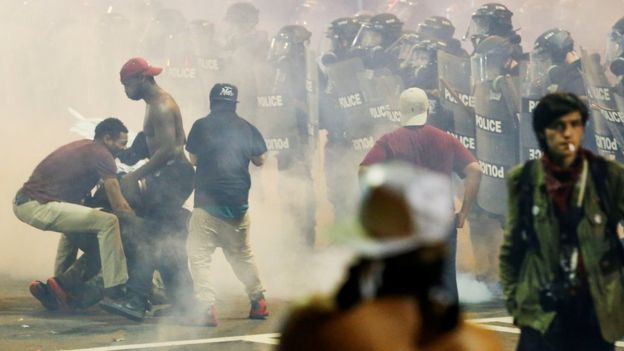 Governor McCrory declared the state of emergency as rioters attacked journalists and other people, breaking windows and setting small fires.

The second night of protests had begun peacefully but the demonstration was interrupted by gunfire and a man in the crowd was injured. The city initially said he had been killed but then issued a clarification.

Protesters then threw bottles and fireworks at the officers, who were lined up in riot gear. Police fired flash grenades and tear gas to repel the crowds. 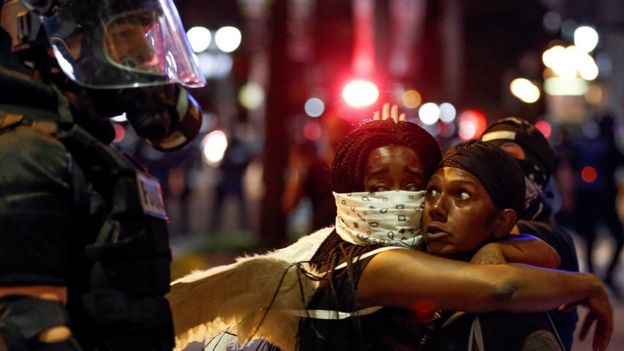 Police in Charlotte defended their actions in the death of Mr Scott by insisting he had been repeatedly warned to drop his gun.

Charlotte-Mecklenburg Police Chief Kerr Putney told a news conference Mr Scott first got out of the car with a gun, then got back into his vehicle when officers told him to drop his weapon.

He was shot when he emerged from his car holding his weapon. The police chief was unable to say if Mr Scott had been pointing his weapon at officers.

After her father's death, Mr Scott's daughter posted a video on Facebook in which she said her father had been unarmed and reading a book.

The Mayor of Charlotte, Jennifer Roberts, voiced her shock at the violent protests, which saw 16 police officers injured on Tuesday night.

"Charlotte is a city that has worked very hard to build good community police relations," she told the BBC.

"We have been a model of community policing. We have actually trained other police forces. This is not who we are as Charlotteans and I'm hoping we can move past these protests very quickly, move into more peaceful protests and back into dialogue."