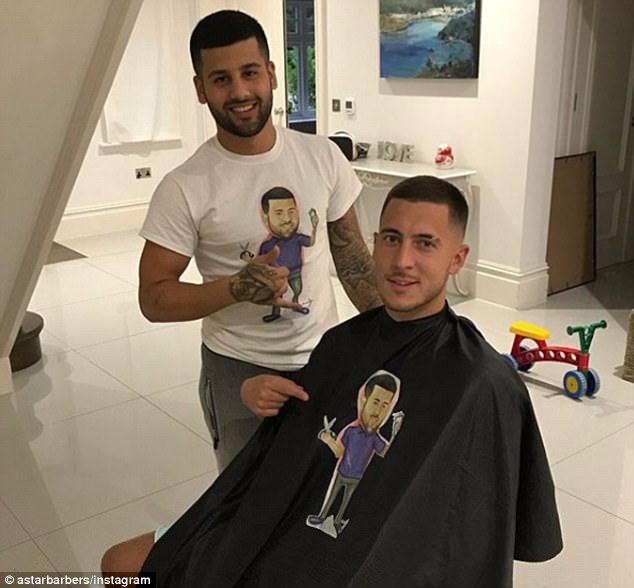 He was the man tasked with keeping the Chelsea squad looking sharp. But now personal hairdresser Ahmed Alsanawi has been banned from the club's training ground in a row over image rights.

Cesc Fabregas, David Luiz, Diego Costa and Eden Hazard were among the Chelsea stars who used the stylist and his connections with the club helped him hit the headlines.

But now Alsanawi has been accused of cashing in on his famous customers.

According to The Sun, several players and officials at the London club grew frustrated that the stylist would post selfies with players on social media in a bid to promote his own company.

Alsanawi was also given signed shirts by the likes of John Terry and Gary Cahill and the Instagram account for his A STAR BARBERS has more than 73,000 followers.

The stylist owned a shop close to the club's Cobham training ground and has also cut the hair of the likes of Manchester United star Paul Pogba.

But with players subject to image rights deals worth millions of pounds, his days of mixing with Premier League stars could be over.