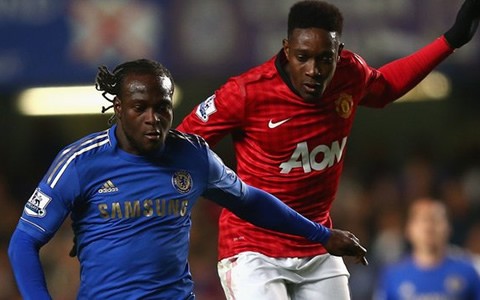 Chelsea are investigating after reports a fan made a racist gesture in the League Cup win over Manchester United.

Striker Danny Welbeck was in the picture but it is not known if the apparent abuse was directed at him.

“If we have sufficient evidence we will take the strongest possible action, including supporting criminal prosecution,” said a Chelsea spokesman.

He added: “We will be examining all available footage.”

A Metropolitan Police spokesman said the force was “aware” of the pictures which were first highlighted in the Sun newspaper, but added no complaints have been made to officers.

The incident comes after the Blues accused referee Mark Clattenburg of using “inappropriate language” towards midfielder John Mikel Obi in Sunday’s Premier League match against United. The west London club has made a formal complaint to the Football Association against Clattenburg.