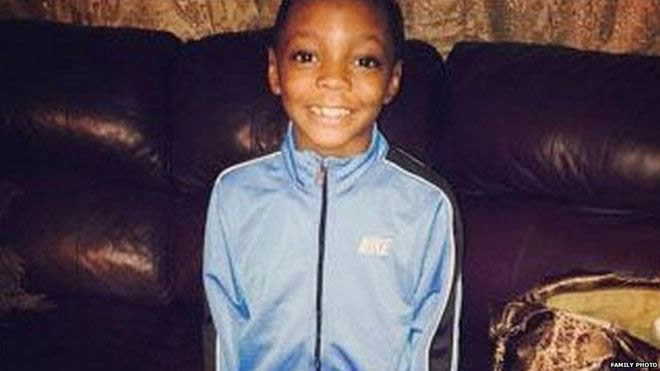 Gun violence in Chicago at the weekend left 10 people dead, including a 7-year-old boy, and more than 50 wounded.

Amari Brown was shot in the chest by a gunman who was targeting his father, a known gang member, according to police.

Police chief Garry McCarthy said the boy's father should not have been on the streets, telling reporters: "If [he] is in custody, his son is alive".

Despite the multiple shootings since Thursday, the number of incidents was lower than in the same period in 2014.

Last year, 16 people were shot dead and more than 80 others were injured, according to the Chicago Tribune.

The worst period at the weekend came between 21:00 on Saturday and 05:00 on Sunday, when 30 people were shot as residents celebrated Independence Day.

Among the other incidents, a 17-year-old was shot dead as he played basketball and a 19-year-old was injured as rival gangs fought near Navy Pier after the fireworks display there. 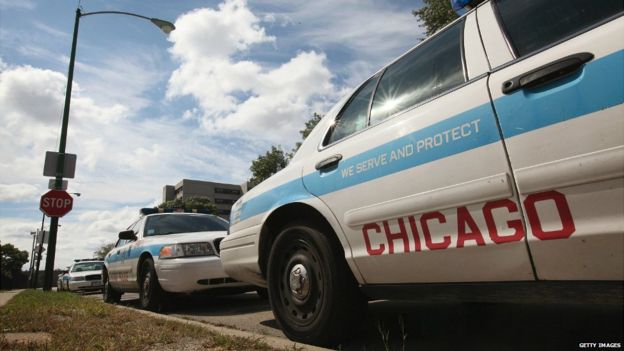 The shootings happened despite a 30% increase in the number of police officers on patrol in the city over the weekend, Mr McCarthy said.

He said police in the city recovered one illegal gun per hour across the city. "We must stem the flow of guns into the city," he said.

The police force is doing "everything we can to fight this" but the city needs to "repair a broken system", Mr McCarthy said, adding: "Criminals don't feel the repercussions of the justice system."

Chicago has struggled to turn the tide of gun violence for several years and is one of the most deadly in the US.