Chief of Tregui appeals for construction of roads 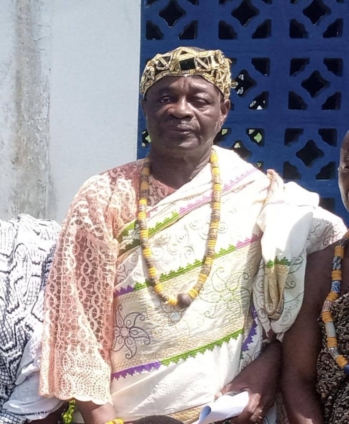 Torgbui Akorlor Ill, the ‘Dufia’ of Tregui in the Anloga District of the Volta Region, has appealed to the Ministry of Roads and Highways, to fix their major roads linking Bleamezado, Shime, Tregui and its surrounding communities.

He made the appeal in an interaction with journalists after a meeting of Chiefs and Community heads from the area.

The meeting, which was held at the auditorium of Tregui EP Church, was aimed at electing executives for their new Association called ‘Shime Council of Chiefs and Community heads’.

Togbui Akorlor said his people, most of whom were farmers and businessmen, are deprived of good roads.

He indicated that they struggle to ply the roads during the rainy seasons.

“We want our roads constructed so we can also boast of good roads,” he added.

However, Togbui Akorlor revealed; “The situation is affecting the economic fortunes of the people.”

The election of Council executives saw Togbui Akporhor lll, ‘Dufia’ of Bleamezado as Chairman, Togbui Agbeve IV of Adzato as Vice Chairman, and Togbui Blebu III of Nyikutor as Secretary.

The election was witnessed by Mr Emmanuel Hayibor, registrar of the Anlo Traditional Council and Mr Kpattah Joseph, the Presiding Member of Anloga District Assembly.

Togbui Akorlor will serve as Patron of the Council.

Togbui Akporhor in his victory speech called for unity among Chiefs and Elders of the area for accelerated development growth.

“We need schools, good markets, and good roads in our area,” he added.