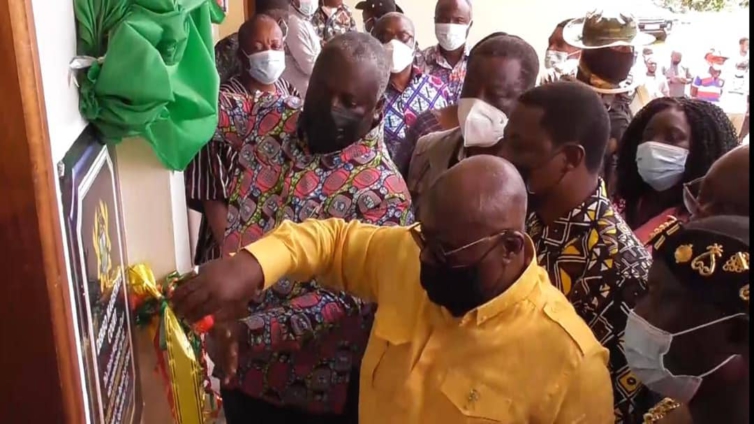 The chiefs and elders in Bia West District of the Western North Region have appealed to the government for the construction of a Circuit Court for the district and its environs to help to fight criminal activities in the area.

The appeal was made during the President’s visit to Essam-Debiso as part of his two-day tour of the region.

President Akufo-Addo, on Monday, September 6, 2021, at Sehwi Debiso as part of his two-day tour of the Western North Region commissioned a fully furnished magistrate court.

The construction of the magistrate court forms part of the government’s deliberate measures put in place to ensure ease of access to law court, thereby advance the rule of law in the country.

During the commissioning of the complex, the Chief of Sehwi Debiso, Nana Kofi Asomani, on behalf of the chiefs and the people within that enclave appealed to the government to build a circuit court for the district.

The Chief said though they have a magistrate court, some cases are over the powers of the court hence they have to travel about 109 miles journey to Bibiani.

He disclosed that when the project is completed, it will serve five districts including Juaboso, Suaman, Bodi, Bia west, and Bia East. Also, it will ease the stress that police and prosecutors go through in trial cases.

The President in his speech addressed that, the government will consider their request for the construction of a Circuit court to advance the rule of law in the country and to ensure people get easy access to a law court.