More international help has been arriving in Chile to help the country fight the worst wildfire in its modern history.

Russia has sent a super-tanker aircraft capable of carrying tons of water to douse the fires.

The series of fast-spreading fires, mostly in Chile's central region, are being fanned by strong winds, high temperatures and a prolonged drought.

One town, Santa Olga, has been destroyed by the blaze. 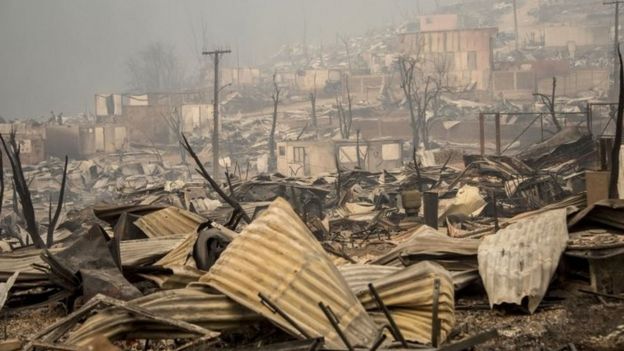 In Santa Olga, 1,000 homes in the town razed to the ground 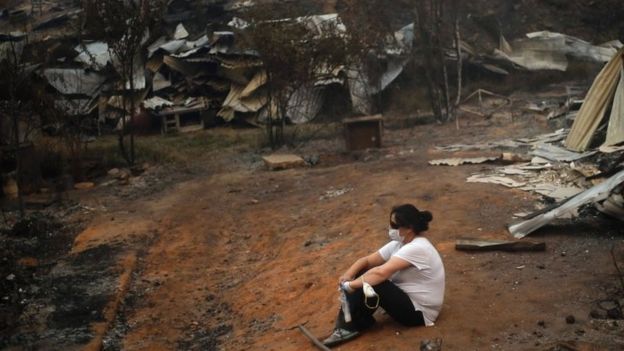 The charred remains of one person were found in the town – 6,000 residents fled unharmed 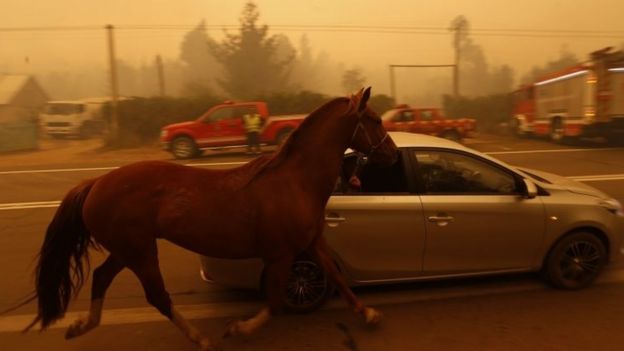 People took their animals with them as the fire spread 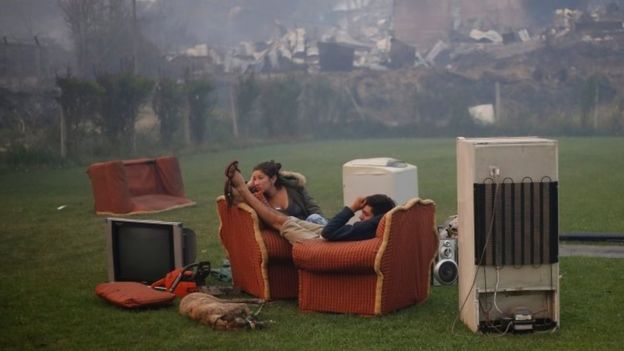 Many people were left homeless and in despair 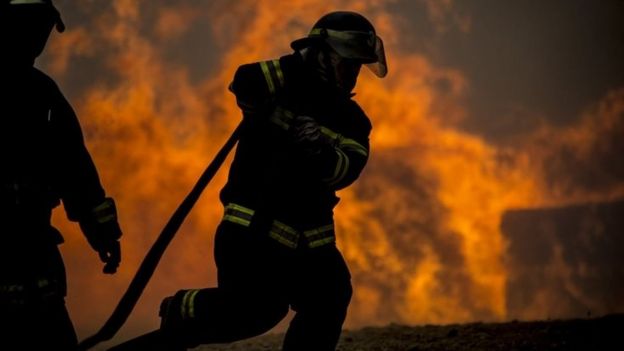 Multiple blazes have ravaged 238,000 hectares (588,000) across Chile – the National Forestry Corporation says they are still growing 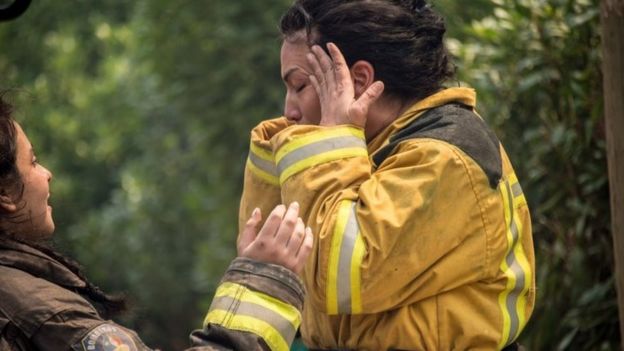 Firefighters have been mourning the deaths of five of their colleagues who died helping people move out of danger
Tags: