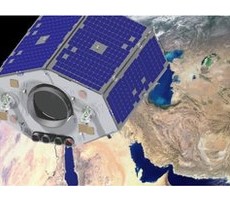 China is to launch a communications satellite for the Democratic Republic of Congo within the next three years, Chinese state-owned media reports.

DR Congo will be the second African country after Nigeria to have such technology.

The satellite, known as CongoSat-01, will be launched from the Chinese province of Sichuan, Xinhua news agency reports.

It is expected to cover the whole of southern and central Africa.

China provided Nigeria with a satellite in 2004.