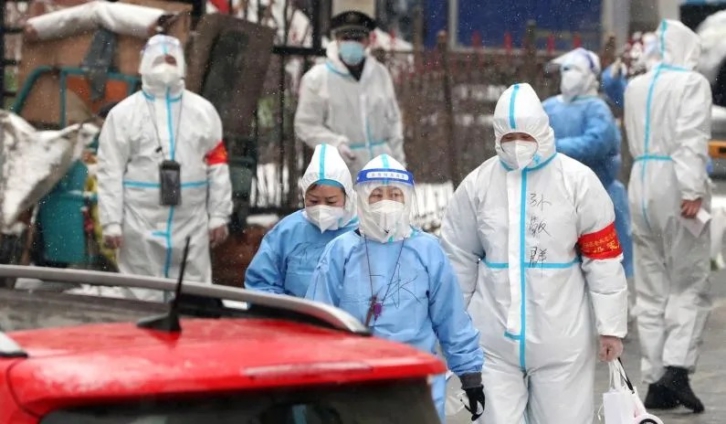 Chinese authorities locked down the entire province of Jilin, which shares a border with North Korea and is home to 24 million people, in order to contain the latest outbreak of Covid.

Beijing has relied on strict lockdowns and massive testing efforts to control previous outbreaks, attempting to bring Covid cases in the country to zero.

The lockdown of Jilin marks the first time since the pandemic began more than two years ago that the authorities have resorted to shuttering an entire province.

However, that strategy is now being tested with the largest outbreaks China has seen since the beginning of the pandemic in 2020.

Authorities locked down the city of Shenzen, home to 17 million people, for a week starting on Monday after recording 66 positive Covid cases in the population on Saturday.

The city is home to one of the busiest ports in the world, Shenzhen Yantian Port, which so far remains operational but could cause major supply chain disruptions if closed.

The lockdown has already closed factories for Foxconn Technology Group, a major supplier for Apple that assembles some iPhones and iPads in Shenzen. Foxconn said they will move production to other areas in mainland China to cope with the backlog.

Schools in the city of Shanghai have moved to online learning.

Meanwhile, the city of Hong Kong is facing a massive Covid outbreak that has caused over 700,000 infections and 4,066 deaths since January, overwhelming local hospitals.

Hong Kong chief executive Carrie Lam said her city of over 7 million “is very different from many mainland cities” and cannot implement the same lockdown and testing policies as mainland China.

China said last summer that it had administered 2 billion vaccine shots among its population. However, Chinese authorities have so far only administered domestically-produced vaccines whose efficacy has been questioned, and have refused to import mRNA vaccines from abroad such as those made by Pfizer and Moderna.