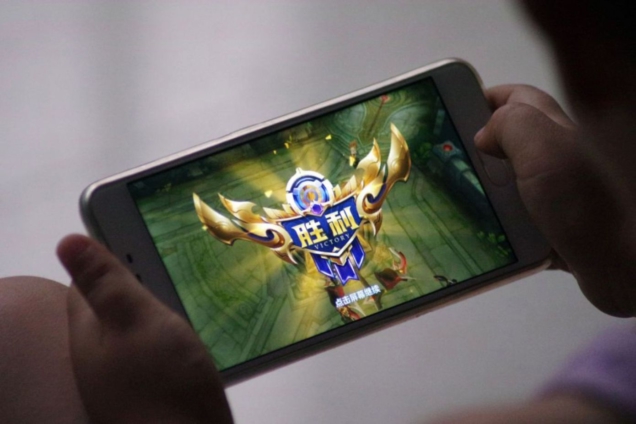 Children under 12 will be allowed to play the game for no more than an hour a day, and adolescents over 12 years old can play for two hours a day starting from Tuesday. It's an attempt to prevent them from online game addiction. (Photo by VCG/VCG via Getty Images)

On September 1st, video game companies will have to restrict gaming time to three hours a week — from 8 PM to 9 PM on Friday, Saturday and Sunday.

With this new set of restrictions, Chinese authorities want to tackle addiction to online games.

According to the National Press and Publication Administration, online gaming has an impact on both the physical and mental health of minors.

In order to implement those time limits, game companies will have to leverage a real-name-based registration system.

In 2018, Tencent started using this system to limit playtime on Honor of Kings, a widely popular mobile game.

Back then, limits weren’t as strict, though, as children up to aged 12 could play one hour per day, and up to two hours per day for children between 13 and 18. At the time, authorities were concerned about worsening myopia among minors.

During the signup flow, users must go through an ID verification system, which means that you can only have one account associated with your real name. Regulators will regularly check whether gaming companies comply with local regulations.

It’s going to be interesting to see how the new rules affect video games as a whole. Online gaming is mentioned specifically, which could mean that solo games won’t be restricted going forward. Similarly, it’s unclear whether console games and foreign games will have to implement the new real-name-based registration system.

Some young gamers will also be tempted to circumvent the restrictions by signing up on a foreign server. It’s also worth noting that adult players will still be able to play 24/7.

Following the news, Tencent issued a statement. “Tencent expressed its strong support and will make every effort to implement the relevant requirements of the Notice as soon as possible,” the company says.

As Bloomberg noticed, NetEase shares are currently down 8% compared to yesterday’s closing price. NetEase is another popular Chinese game development company and its activities aren’t as diversified as Tencent’s activities.