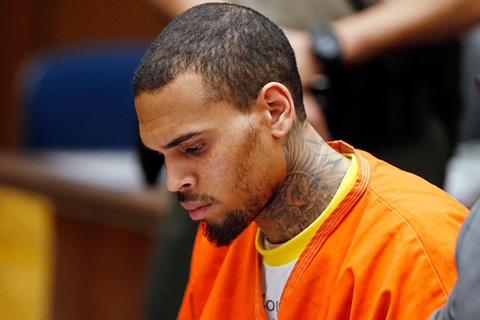 Chris Brown has reportedly vowed to turn his life around because he feels like a ''caged animal'' in jail.

The 'Fine China' singer, who was transferred to a jail in Los Angeles after he was kicked out of a court-ordered rehab facility last Friday (14.03.14), and must stay there until his next probation violation hearing on April 23, has told friends he is absolutely miserable behind bars.

A source, who recently spoke to the 24-year-old star, told gossip website TMZ.com that Chris said being in prison is ''the worst experience of my life,'' and he feels like ''a caged animal.''

The 'Don't Wake Me Up' singer has been spending his time in jail writing new music and working out.

But Chris could be out of jail early next week, as his lawyer is close to reaching a civil settlement with a man the star allegedly assaulted in Washington D.C.

The Grammy-Award winner's representative Mark Geragos is said to have offered Parker Adams, who claims Chris broke his nose and hurled a homophobic slur at him last October, a large financial deal in the hopes of convincing him to tell prosecutors he no longer wants to participate in the criminal case against the star.

Chris, who was first placed on probation in 2009 after assaulting his then-girlfriend Rihanna, is facing a misdemeanour assault charge in relation to the incident and could be sentenced to four years in jail if convicted.