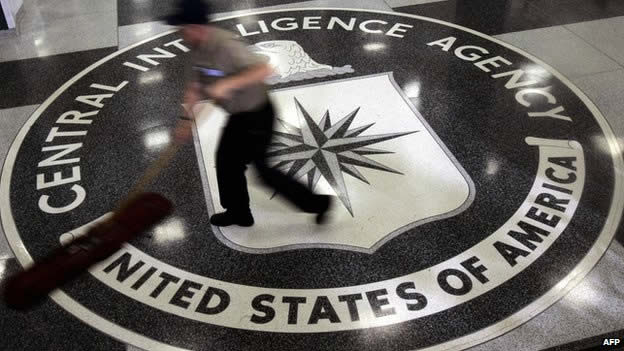 Security has been stepped up at US facilities around the world ahead of the release of a report expected to reveal details of harsh CIA interrogations, the White House says.

Embassies and other sites were taking precautions amid "some indications" of "greater risk", a spokesman said.

A 480-page summary of the Senate report is due to be released on Tuesday.

It is expected to detail the CIA's campaign against al-Qaeda in the aftermath of 9/11.

As well as detailing the controversial methods used by CIA operatives in an effort to extract information from high-value suspects, the report is expected to say harsh interrogations failed to deliver appropriate results.

Publication of the report has been delayed amid disagreements in Washington over what should be made public.

The 480-page summary is being released by Democrats on the panel.

President Barack Obama halted the CIA interrogation programme when he took office in 2009, and has acknowledged that the methods used to question al-Qaeda prisoners amounted to torture.

During the presidency of George W Bush, the CIA operation against al-Qaeda – known internally as the Rendition, Detention and Interrogation – saw as many as 100 suspected terrorists held in "black sites" outside the US.

What more can we learn about the CIA's interrogation programme from this heavily redacted report? Based on leaks, Tuesday's release seems to answer three major questions:

First. Were the interrogation methods – torture if you like – more extensive and more brutal than previously admitted? It looks like the conclusion is yes.

Second. Did these interrogation techniques deliver life-saving intelligence to the US? That answer appears to be no.

Third. Were CIA officials at the time honest with the White House on what the programme was getting up to? Again, no.

We can also expect the beginning of a counterblast of speeches, editorials and comments from those in charge of the CIA at the time attacking the Congressional report. But White House officials – while supportive of the release in principle – nervously dispatched John Kerry to encourage the committee to think twice about releasing this report into a volatile world. That didn't work.

They were interrogated using methods such as waterboarding, slapping, humiliation, exposure to cold, and sleep deprivation.

Leaks about the Senate report first emerged in August this year, prompting Mr Obama to declare: "We did some things that were contrary to our values."

The US president added that he believed officials at the time had used harsh methods because of the "enormous pressure" to prevent another attack on the US in the wake of 9/11.

A previous investigation into the programme, by the US justice department, ended with no criminal charges in 2012 – a result that angered civil rights organisations.

White House spokesman Josh Earnest told reporters on Monday that the Obama administration welcomed the impending release, but said there were "some indications" it could increase the risk to US facilities across the world. 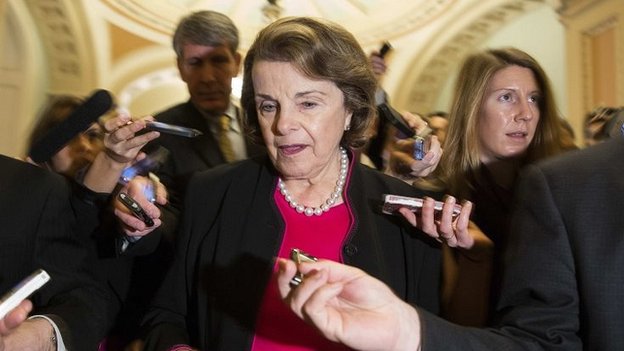 Democratic Senator Dianne Feinstein, who chairs the intelligence committee, has allowed the report to be published

"The administration has taken the prudent steps to ensure that the proper security precautions are in place." Mr Earnest said.

But Mr Earnest told reporters it would be "difficult to imagine" an ideal time to make the summary public.

Despite reports that CIA operatives went beyond legal interrogation limits imposed by the Bush administration, the former president has led the charge against the report's release, defending the CIA on US TV.

"We're fortunate to have men and women who work hard at the CIA serving on our behalf," he told CNN on Sunday.

"These are patriots and whatever the report says, if it diminishes their contributions to our country, it is way off-base."

Others have joined Mr Bush to dismiss the as-yet unreleased report, including reports it will say the CIA misled key members of the Bush administration about the programme.

The full report is the outcome of years of research by the Senate intelligence panel, currently controlled by Democrats. Republicans on the committee are expected to release their own report.

The panel first voted to make the executive summary public in April.