C.K Akunnor calls on Kotoko supporters and media to rally behind Michael Osei 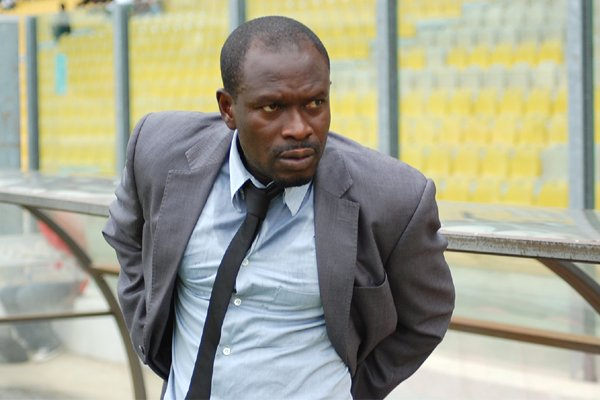 Dreams coach, C.K Akonnor, has urged fans and media in Kumasi to get behind manager Michael Osei.

Osei has been under intense pressure following a poor second round which has seen Kotoko win two games out of a possible seven.

Osei has been termed tactically bankrupt in some circles and this heightened after management of the club considered to go in for a technical director.

But Akonnor wants the fans and media to stand behind Osei.

“I want to say one thing and I am appealing to the media here in Kumasi that you should please allow Michael to work.”

“It is not easy to coach Kotoko or Hearts of Oak. Michael is a son of Kotoko so rally behind him support him because he is still one the club great players.

“He has served the club and he has been the assistant coach for the club under Didi Dramani, under Coach Duncan and he is now the head coach of the club so definitely a member of the club but the journey is not always straight forward.”

Akonnor lost both meetings against Michael Osei this season.