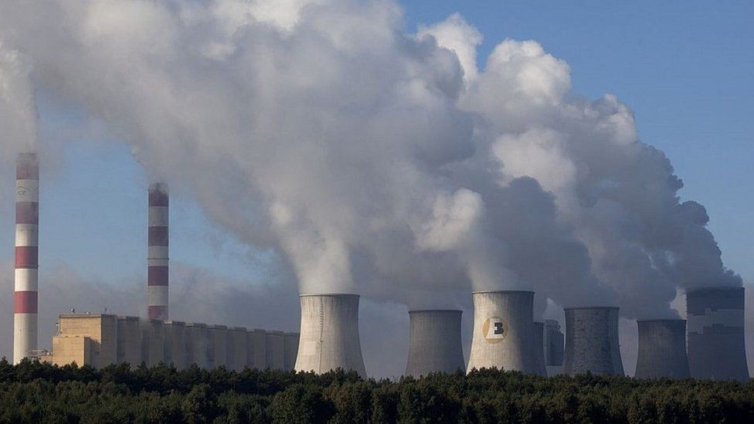 EU leaders have agreed on a more ambitious goal for cutting greenhouse gases – reducing them by 55% by 2030, rather than 40%.

The new target was reached after difficult all-night talks in Brussels.

Poland, heavily reliant on coal, won a pledge of EU funding to help it transition to clean energy.

The EU Commission will draw up detailed plans for all 27 member states to contribute to the 55% target, measured against 1990 CO2 emission levels.

EU Council President Charles Michel hailed the agreement, tweeting “Europe is the leader in the fight against climate change”.

It is part of a global effort to tackle climate change by cutting atmospheric pollution, especially carbon dioxide (CO2) emissions.

The Paris climate deal, signed in 2016, aims to keep global temperature rise well under 2C, preferably within a maximum rise of 1.5C.

‘Only a small improvement’

Environmental campaign groups say the 55% target does not go far enough. And the European Parliament, yet to debate the new target, has called for a 60% cut.

Sebastian Mang of Greenpeace said “the evidence shows that this deal is only a small improvement on the emission cuts the EU is already expected to achieve”.

Greenpeace is urging a minimum cut of 65% in EU carbon emissions. That figure was also advocated by Johannes Wahlmüller of Austrian green group Global 2000.

There are two key questions about this new target for 2030: is it significant and is it enough?

It is undoubtedly a major step forward for the EU, the world’s third-biggest emitter of greenhouse gases. It puts the Union on track to reach a net-zero emissions goal by 2050. The fact that they have been able to bring the more reluctant countries like Poland along is also a positive.

But is it sufficient to satisfy the science and to avoid dangerous levels of warming? That’s more debatable. Many green groups and the European Parliament argue that the EU should have gone much further to 65-70% if they really are serious about keeping the rise in temperatures under 1.5C this century.

The announcement is hugely timely, coming just a day before the fifth anniversary of the Paris Climate Agreement. And right now, thanks to China and the new incoming US administration, there is a great deal of positive news on climate change. This EU decision certainly adds weight to that momentum.

The UK government plans to slash UK emissions by 68% over the next decade.

Meanwhile, Australia has said it will achieve its 2030 emissions pledge, made under the Paris deal, without resorting to using old carbon credits.

Australia overachieved on previous climate targets, meaning it built up credits to offset against carbon emissions. But there was international opposition to the idea of using those credits instead of adopting more ambitious clean energy measures.