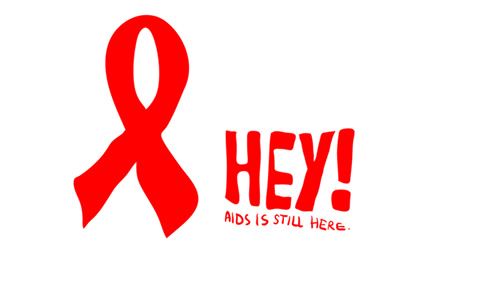 It was a whole three months that my once happy and sexually active life with my wife went into comatose.

My wife had been worried sick over this attitude but I could also not bring myself to tell her what I had done and what I was afraid of. I had been cheating on my wife every now and then even though our sex life has been relatively active and fun. Somehow I just fancied all these other women constantly and I would usually find myself wanting to, and actually having affairs with them.

This part of me had been hidden from my wife of eight years. Maybe she suspected me on several occasions but as I was also careful with her, she didn’t have much evidence to hold on to. This was my life until five months ago when I froze in my tracks. When this single lady I had planned on being with for at least a month made my head spin in several dimensions.

Adjepoma is beautiful. A heavy built woman with a whole lot of goodness in curves in the right places. She was with a mutual friend the first time I met her. This friend had been an old affair mate of mine and we got along very fine. We all got into conversation and I managed to get Adjepoma’s contact with the aim of helping her with some business contacts.

The very next day, I called her as I had been able to secure a meeting for her with the department in charge of whatever business proposal she needed to sell. We got closer and closer and well, eventually we met for drinks with our mutual friend not knowing about, or so I thought. That night, Adjepoma and I had sex for the first time. I remember her clearly insisting that I use condoms and she even brought some along. There were a good variety of condom brands available in that hotel room that night and her insistence was quiet strong. Yet after foreplay, and just when I actually had to get into her, I ignored all the condom warnings. After that session, she smiled at me and while I asked if I was good enough, she just smiled. We had some more sessions and yes, all her condom-use pleas were ignored by me. Two days later, we met again at a different location and this time too, she brought some condoms along but I refused to use them.

We had been together two times already. After the first, she spoke and responded nicely to all my messages and phone calls. After the second, I realized she had become withdrawn. Another two days later, around 3pm, she asked me when the last time I had an HIV test was. I laughed it off and asked her if she thought I had given her HIV and that my wife just delivered a baby two months ago. She did the test while pregnant and she was negative so indirectly, I was negative too. She asked me again when the last time I did it was. The second time jolted me and I asked her why she was asking. Then she dropped a heavy message. She said, Kofi Asare, you know you are married and your wife must be a cool person. You cannot be tamed from chasing other women and other women cannot be entirely blamed for having sex with you while you are married but when a woman insists you use a condom, just use it. After reading this message, I was pure hysterical. I called her but she kept ending the phone calls only to send another message that I should go and check my HIV status and that as this is HIV, I have to have the test done again in three months time and then again in six months time just to be sure. Sweat from nowhere started soaking my outfit even though the AC in my shared office was working normally. I pulled back from my table and rested my head on my chair, staring at the ceiling.

Next thing I knew, I was out of the office and frantically calling her to ask her whether she was HIV positive. She never responded. I so badly wanted to ask our mutual friend but Adjepoma had already stated that no one knows her status though she was also not admitting or refusing it. Finally she told me to not disturb her with questions she is not ready to answer and that I should call her to inform her of my results in three months time.

This is how my once upon a time vibrant sex life with my wife got messed up. We had never used condoms since we got married as I had personally been against it so using it now would raise too many questions I wasn’t ready for. I started spending long hours in the office and being busy for nothing just so I would leave home early and get home late. My wife got confused and started asking questions but my confusion was just not allowing for any meaningful conversations and I could also not feign anger with her.

Finding courage to go for the test became a nightmare. Waiting for at least three months was hellish. By the following week, I had gotten some courage to go for the test. I went to a lab and wrote out the test on a paper as I did not want to risk someone hearing me asking for an HIV test. The fifteen minute wait for the test results was the longest wait ever in my life. The results came back negative but it had been barely a week so it was not enough for me to hold on to.

Problems for my wife and I grew as I totally withdrew sexually from her.

Painstakingly, the three months came. I went for the test. I waited for the results. It was negative again. I was unsure whether to breathe in a sigh of relieve or not as I was still not sure. I managed to send a text message to Adjepoma to inform her that the test proved negative after three months. She sent a message right back to tell me that she is actually HIV negative. Stunned! I was stunned!

I asked her why she made me go through all of that and she responded that she needed to teach me a lesson. Clearly I was uncomfortable with the possibility of getting HIV yet I was displaying behaviors that clearly put me at risk. I was being careless about it.

Before my marriage, I did not go for the test with my wife. We had been having sex already so we both felt the results will not change anything. On her first pregnancy, she got tested and it proved negative. Personally I had never had the test until Adjepoma made me do it. Initially I was upset with her but upon reflections, I am thankful to her for making me realize the many things I overlooked. She did inform me that HIV is manageable and I had read more on HIV than I had ever known, reading about the advancements with the treatment, how I could still stay married to my wife if she so chose to have me still, how we could have HIV negative babies if we chose to have another baby, how to access treatment and how to live positively with HIV.

I had to go through this anxiety in order to get a wakeup call on HIV, my behavior and the risks involved. This anxiety got me to know more about HIV and now I can confidently contribute meaningfully to conversations relating to HIV.

My wife and I are very okay now and back to how we were before my three month anxiety trip. My humble advice in all of this is that people should remain faithful, reduce sexual partners and if they must, they should always wear condoms. Love yourself enough to be responsible. And cherish those who love you enough to protect them from getting the virus unknowingly.