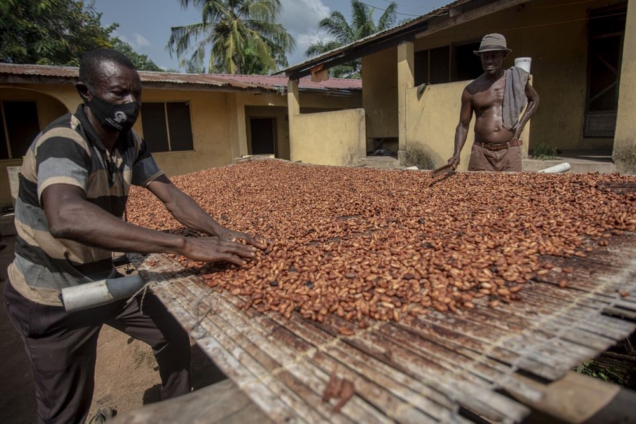 The Ghana Cococbod has admitted delaying its payment to some Licensed Buying Companies (LBCs), a development that has created anxiety in the cocoa industry.

The Buem MP, Kofi Adams, on the floor of Parliament on Wednesday revealed that LBCs in the cocoa sector are carting cocoa from farmers without paying.

He indicated that the inability of Cocobod to pay the LBCs has also affected the livelihoods of cocoa farmers since LBCs are unable to pay the cocoa producers.

But in an interview with Joy FM on Thursday, Cocobod’s deputy Chief Executive Officer, Dr Emmanuel Opoku said it is not intentional on the part of his outfit.

According to him, the Covid-19 pandemic has significantly affected the patronage of cocoa beans on the world market.

“Two years ago, we [Cocobod] got $1.3 billion to buy cocoa and we were able to buy about 770, 000 tonnes of cocoa. But that was not the same in 2020 because of Covid-19. We all know that the Kotoka International Airport was closed and many other airports around the world were also closed.

“And we know that cocoa consumption is mainly by chocolate. But worldwide, when processors realised that they were not making sales it affected the world cocoa markets; prices dropped, buyers stopped buying cocoa beans because they are not selling chocolate and other cocoa products,” he stated.

Commenting on the syndication loan, the deputy CEO said Cocobod could not secure enough contracts in 2020 to facilitate the withdrawal of funds from the facility.

“If you go to the market, nobody is buying cocoa and you can only drawdown when you have contract to guarantee repayment.

“So because of the Covid-19 challenge, we decided that we will maintain the $1.3 billion as the loan will take. We realised that if we go for $1.8 billion we will have challenges selling cocoa to raise enough guarantees to draw down and even with the $1.3 billion we still accounting problems,” he emphasised.

He, however, revealed that Cocobod is liaising with government and Bank of Ghana to raise additional funding to settle its debts in the shortest possible time.

“Within the next one week, we will have money to pay the LBCs we still owe. This is something that the entire Ghanaian community need to understand, because we all know that Covid-19 has affected every economic activity worldwide,” he pleaded.

Meanwhile, officials of Cocobod are to appear before Parliament to brief legislators on measures that are being implemented to resolve the problem.