Comedian Michael Blackson proposes to girlfriend on The Breakfast Club 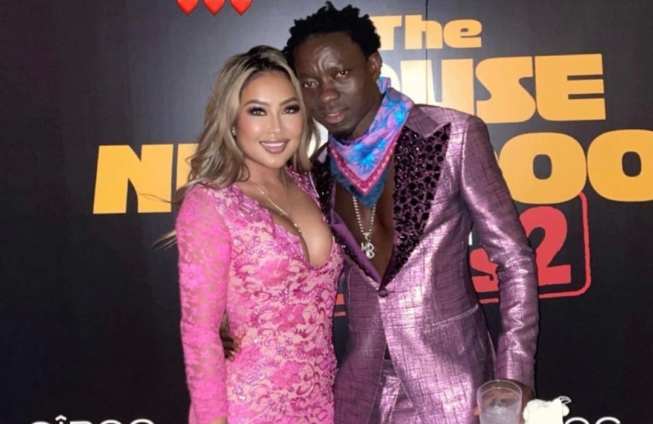 Comedian, Michael Blackson on Thursday pulled a surprise on his girlfriend and the co-hosts of The Breakfast Club when he proposed to his girlfriend, Miss Rada.

Prior to the proposal, Blackson had been talking about his views on marriage and whether or not he was ready to settle down.

When asked about his girlfriend, the actor said, “I do love her…I really feel like Rada is the one. I never had a woman that had my back like her, she’s loving.”

Michael Blackson then called Miss Rada to the studio to introduce her to the hosts DJ Envy, Angela Yee, and Charlamagne tha God.

When Tha God pressed once more if the comedian would tie the knot with Miss Rada, Blackson pulled a ring from his bag, got down on his knees to ask Rada to marry him.

An applause erupted after Miss Rada said yes and the comedian slid the ring on her finger.

Explaining why he chose to propose, the 48 year old actor said “I never had a woman that is this loyal to me.”

Taking to his Instagram to introduce his fiance to his followers, Blackson stated that he feels blessed to have a great woman like Miss Rada by his side.

“Most of my haters call her a gold digger but believe me Rada has never asked for a penny from me. She’s very independent and she’s actually the one that takes care of me plus I’m allowed a side chick a month. Lol,” he added.