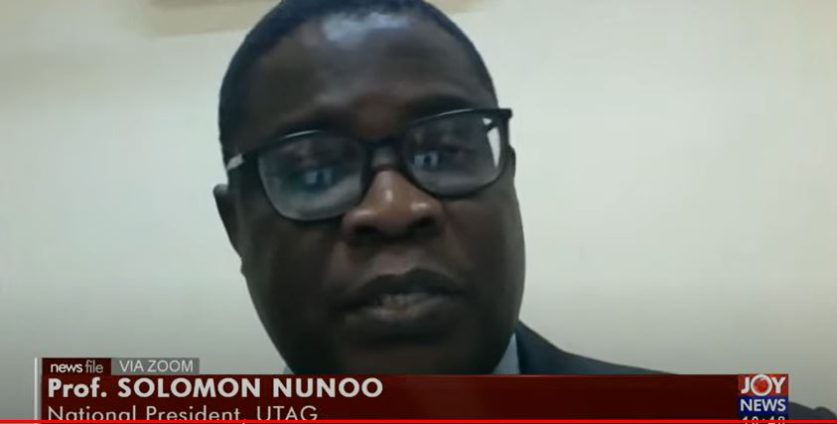 The Coalition of Concerned University Students (CoCUS) has planned to wage a protest against the ongoing strike by the University Teachers Association of Ghana (UTAG) on Thursday, February 3, 2022 in Accra.

In a press release dated February 2, the Coalition said the #StudentsAreSufferingDemo will begin from the University of Ghana, Legon campus from 6:00am.

As part of the protest, a petition will be submitted to the Presidency at the Jubilee House. They will proceed to Parliament to submit another petition to call for the urgent cancellation of the strike by UTAG.

“All protestors should avoid behaviours that contravene the laws such as open smoking of ‘indian hemp’, indescent exposure in public, harassing of ladies and citizens, bumping of vehicle, others.”

“All protestors and university students must be reminded to be law-abiding during the protest,” the CoCUS statement directed.

The Greater Accra Regional Police Command is expected to provide the needed security for the demonstration.

The Police have therefore asked the protestors “to only present [their] petition and leave the place peacefully after that.”

The Police, in a January 28 letter to the leadership of CoCUS added that all criminal laws will be upheld highly during the demonstration.

Meanwhile, there will be a court hearing of a lawsuit the National Labour Commission (NLC) has filed against the lecturers to determine the legality of the industrial action on Thursday.

The NLC, among other things, is praying the court to compel UTAG to call off its strike as declared by the Commission on January 13, 2022.

But UTAG has vowed that it will not call off the industrial action until its demands for improved conditions of service are met.

DISCLAIMER: The Views, Comments, Opinions, Contributions and Statements made by Readers and Contributors on this platform do not necessarily represent the views or policy of Multimedia Group Limited.
Tags:
#StudentsAreSufferingDemo
Coalition of Concerned University Students (CoCUS)
UTAG