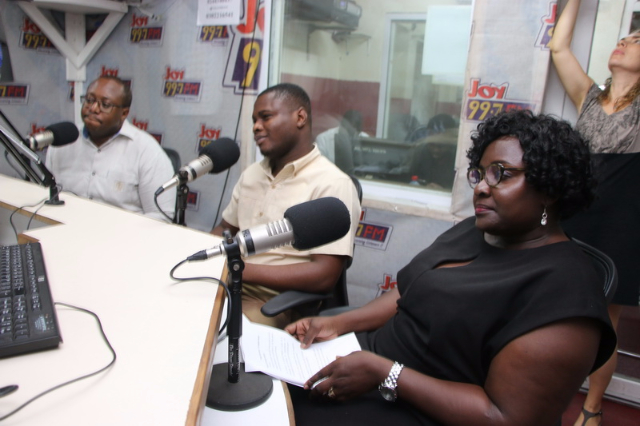 Like night men up the watchtower, the menace of corruption has got its latest watch – Corruption Watch.

Corruption Watch is a civil society initiative put together by four groups – CDD, Ghana Integrity Initiative, Ghana Anti-Corruption Coalition and ACILA  – in partnership with Joy FM to pile pressure on the political rhetoric of fighting corruption.

The emergence of the group signals a measure of public frustration in the fight against corruption over the years.

There has been several scandals in recent years but criminal prosecutions are few and failed, a situation blamed on a pussyfooting prosecutorial power – the Attorney- General.

Corruption Watch has outlined what it calls 'The Five Ps'  as its strategy to fight corruption.

From the importation of rotten foods to paying to get ahead of a queue, we wake up every day basically living a dishonest life', Kojo Asante Punpuni expressed worry.

"Corruption is becoming normal. People expect it" he said.

He said state institutions appear to act when corruption stories break and go to sleep after media attention appears to die down.

"That is going to change. We are going to talk about it every week" he expressed a determination to mount a sustained focus on fighting corruption.

The Corruption Watch will also find ways to make abstract information about corruption made more easily appreciable by the public.

For example, $12million can sound abstract until it is put in say five sacks or translated into the number of boreholes that this amount can easily construct.

He called it the opportunity cost of corruption.

GII Executive Director Linda Ofori Kwafo lamented that despite several good laws, Ghana is just not implementing the laws and prosecuting anybody. She said police have data on goat thieves but almost nothing on corruption cases.

She said the Corruption Watch will also be engaged in pre-emptive strikes to ensure taxpayers' resources do not go into illegal hands.

"It is very difficult to take our money back from people like Woyome" she referred to the inability of the state to collect 51.2million cedis from national Democratic Congress (NDC) financier, Alfred Agbesi Woyome, as ordered by the Supreme Court.