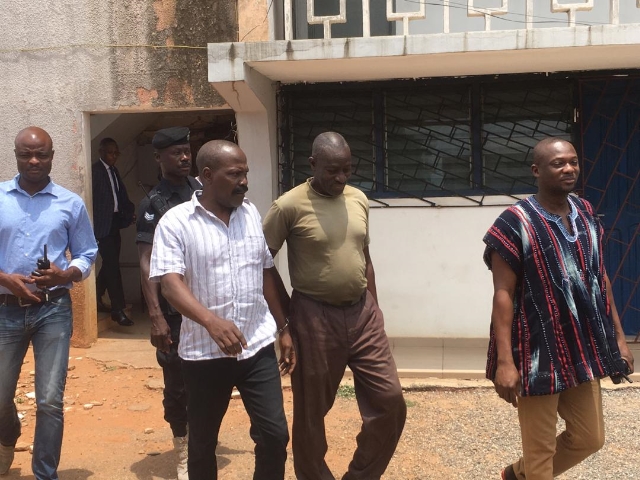 This was to enable the prosecution to continue with its investigation.

The court presided over by Mrs Eleanor Kakra Barnes-Botchway asked prosecution whether it had filed the Bill of Indictment (BI)  of the prosecution led by Assistant Superintendent of Police (ASP) Sylvester Asare answered in the negative.

He told the Court that the BI would be filed only after investigations have been completed and asked for time to enable prosecution to continue with its investigations.

ASP Asare giving the facts said all the ten are members of the “Take Action Ghana,” incorporated by Mac-Palm in 2018 saying that the Group, planned to demonstrate against the government and overtake it.

He said Mac-Palm and Ofosu in July 2018, hired Kafui from Alavanyo in the Volta Region to produce arms for that purpose.

He said in the process, he produced 22 explosives, six pistols, three grenades and five ammunitions.

Prosecution said later, the others were contacted among whom were Akpa who agreed and supplied two AK47 rifles for GH?2,000.00 but could not give more and returned the money after pressure from Mac-Palm.

He said Colonel Gameli, promised to give his support before, during and after the planned event whilst ACP Agordzo offered them advice and contributed in cash to support them.

He said Mac-Palm provided a quantity of substance which when inhaled would make one sleep for an hour, stating that all these took place between June 2018 and September 2019, adding that they were arrested upon a tip-off.

DISCLAIMER: The Views, Comments, Opinions, Contributions and Statements made by Readers and Contributors on this platform do not necessarily represent the views or policy of Multimedia Group Limited.
Tags:
Benjamin Agordzo
Coup plot
Dr Frederick Yao Mac-Palm