Couple on verge of divorce over excessive farting in Kumasi 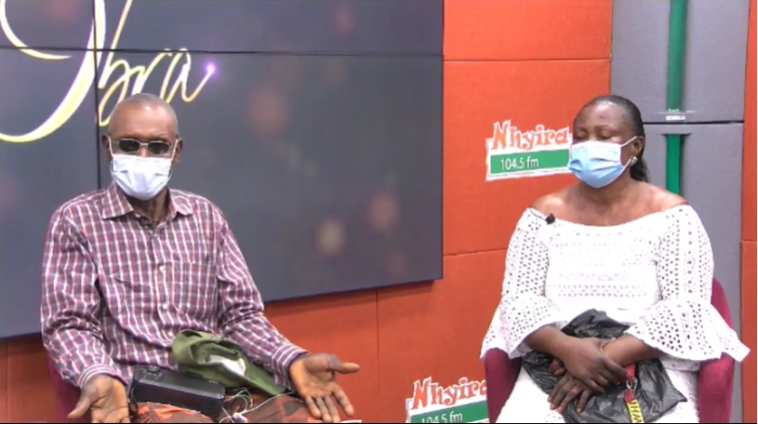 Farting in marriage has become topical in Kumasi after a couple cited it as one of the reasons for a likely divorce in the near future.

A couple has shared their displeasure on the issue of the other partner flatulating in their presence.

Sharing their sentiments on Nhyira FM Wednesday, Maame Vida told host of Obra, Mama Effe that she and her husband have been married for about a year and have been having arguments about who mostly emits the digestive gas.

“I am with my husband. We’ve been married and we celebrated our first anniversary on the 26th of January. There was a problem on Sunday. We had an argument which was about me releasing gas. He said the new house we’ve moved into, I shouldn’t release gas,” Madam Vida said.

Vida believes that she does engage in the act as much adding that, “At times when human beings are asleep… I don’t know. He’s the one saying it.”

According to her husband, his wife’s episodes are very troubling and will not encourage such behaviour in the new house they have moved into.

“She can release gas, and I say, young lady, I plead with you where we are moving into, don’t bring this here,” he said.

He also accused Vida of feeding him at late hours at night which causes him to bloat and flatulate a lot.

“I live with my wife alone. The problem is when I flatulate, she gets angry. Her issue is, when she was married to her ex-husband for 4 years, she didn’t see her ex-husband flatulate. She goes to buy food for me late at night, at around 7:30 pm, and then my stomach will bloat and I release gas, and you’re comparing your ex-husband to me?”

He believes it was not necessary to bring the matter to the show to settle it.

“It is pointless. There’s no benefit for bringing me here. If you flatulate and I also flatulate, what is the point of bringing me unto the show.”

Vida also accused her husband of passing gas into the towel they use in their new house, “but I don’t make it an issue.”

Madam Vida said she never saw her ex-husband release gas in her presence.

“Even not once did I see my ex-husband release gas. Although you’re a man, you release gas. So stop saying those things.”

In his defense, Vida’s husband said he does not know what kind of sickness her ex-husband was suffering from that was making him not engage in an act as human as flatulence.

“Her ex-husband whom she married for 4 years that doesn’t flatulate, I don’t know whether it’s a sickness he’s battling. I can’t tell.”

DISCLAIMER: The Views, Comments, Opinions, Contributions and Statements made by Readers and Contributors on this platform do not necessarily represent the views or policy of Multimedia Group Limited.
Tags:
Couple
Divorce
fart
Kumasi