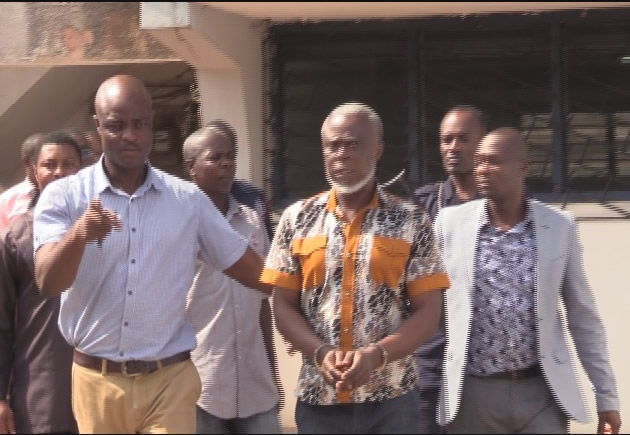 The Kaneshie District Court on Friday dismissed an application for disclosures by seven out of the ten persons, accused of treason.

Mr Victor Kwadjoga Adawudu, their counsel who moved the motion quoted the Supreme Court’s ruling on the on-going National Communications Authority’s trial which said information gathered by the Prosecution should be made available to the accused as well.

The court held that the issue of disclosures was premature especially since the offence was an indictable one of which a Bill of Indictment would ultimately be served on the accused.

Assistant Superintendent of Police (ASP) Sylvester Asare who is leading the prosecution opposed to the application and said it was too early to demand for such information because of the nature of the offence.

He argued that the accused should wait until a Bill of Indictment was ready for them to access any information they may require.

Mrs Barnes-Botchway also ordered prosecution to send Dr Mac-Palm to the Police Hospital as he has indicated that he was unwell.

Meanwhile, the Court has scheduled that Assistant Commissioner of Police Benjamin Agordzo’s application to quash a search warrant order by the Prosecution would be moved by Mr Martin Kpebu, his counsel on the next adjourned date of February 6, 2020.

Earlier on, the Prosecution had told the Court that they were all members of a group known as the Take Action Ghana-a Non-Governmental Organisation, incorporated by Mac-Palm in 2018.

ASP Asare said the group planned to demonstrate against the government as well as overtake it, so Mac-Palm contacted Kafui, resident of Alavanyo to manufacture arms for that purpose and he produced.

Later, the others were also contacted including; Akpa, a weapon mechanic with GAF, who agreed and supplied two AK47 for GH¢2,000.00 but could not give more and returned the money after pressure mounted by Mac-Palm.

The Prosecution said they also held meetings to facilitate the process and drew a map covering the Flagstaff House, Ghana Broadcasting Corporation, 37, Burma Camp to facilitate their movements.

Colonel Gameli, ASP Asare said, promised to give his support before, during and after the planned event.

He said when Kafui brought the 22 explosives, six pistols, three grenades and five ammunitions, Mac-Palm accommodated him, adding that all took place from June 2018 and September 2019.

Mac-Palm was said to have also provided a quantity of substance which when inhaled, would make one sleep for an hour.

Police upon a tip-off, arrested Mac-Palm on September 19 and the rest subsequently and the docket had been sent to the Attorney General for advice.

Meanwhile, ACP Agordzo has been granted a self-recognisance bail of GH¢500,000.00 by the Accra High Court presided over by Justice Charles Ekow Baiden.

Counsel for WO2 Saan had also secured a bail but she has since not met the bail conditions whilst Mr Adawudu is still seeking bail for his clients.