Court fines 2 ladies who flogged and assaulted another in viral video ¢150 - MyJoyOnline.com 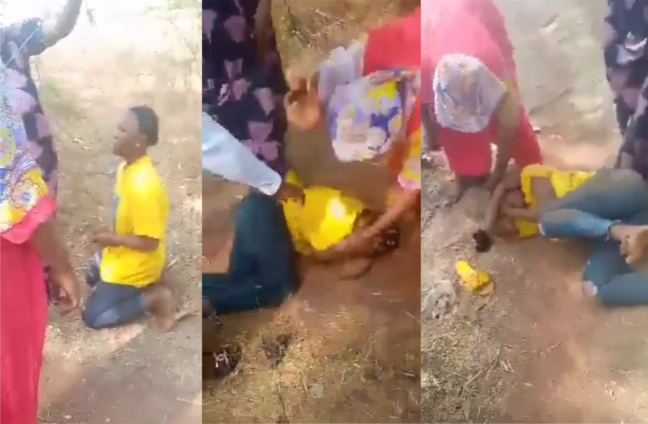 A Tamale Circuit Court has fined two persons an amount of ¢150 for assaulting a lady.

In default, they are to serve a month term each in prison.

One of the suspects had accused the victim of being in a relationship with her boyfriend, triggering the attack.

The Bimbila Police arrested Munira Mustapha, 21 and Mukaya Iddrisu after they were seen among a mob flogging the victim in a video that went viral.

Munira is said to have found the victim at her boyfriend, Karim’s abode, in a compromising position.

According to reports, Munira mobilised her friends to attack the young lady.

In the said video, the four ladies beat another who was on her knees, pleading that she had nothing to do with Munira’s boyfriend.

The lady’s plea seemed to have fallen on deaf ears as the ladies continued to beat her until she fell on the ground.

They are heard questioning if she was not caught having sex with Munira’s boyfriend.

The two ladies who pleaded guilty in court were fined ¢150 or, in default, serve a month term each in prison.

The ladies paid the fine.

Northern Regional Crime Officer, Supt. Bernard Baba Ananga told JoyNews that the victim was not pleased with the judgment, but they had to accept what the court said.