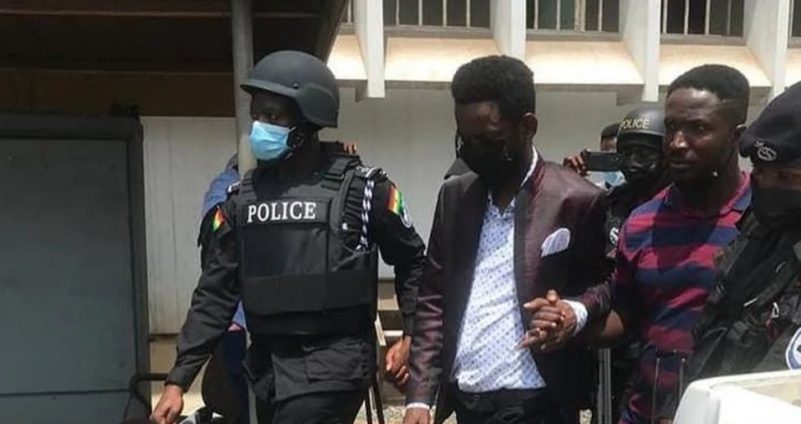 Leader of New Life Kingdom Chapel International, Stephen Akwasi, has been granted a ¢100,000 bail by an Accra Circuit Court.

He has pleaded not guilty to the charge of causing fear and panic.

Mr Akwasi had earlier been remanded for five days after his arrest in connection with Shatta Wale’s hoax shooting.

He is the pastor whose prophecy the dancehall artiste has cited as the reason for his recent fake shooting escapade.

Popularly known as Jesus ‘Ahuofe’, the prophet was seen in a viral video explaining circumstances under which the self-styled Dancehall King would be shot.

While speaking on the radio show on September 28, the preacher compared the pending catastrophe to that of South African music legend Lucky Dube, who was shot on October 18, 2007.

He was picked up on October 19 by the police at the premises of Accra FM while preparing for an interview on the station’s mid-morning show.

Jesus Ahuofe is expected to reappear on October 29, 2021.

He has been ordered to report to the police every Monday and Thursday.

The controversial artiste pleaded not guilty to publishing false news at a court hearing on October 21.

On October 19, the artiste turned himself in after the police declared him wanted.

He allegedly fabricated a story that he had been shot and receiving treatment.

Two of his accomplices were charged with abetment of crime.