Covid-19: Hancock warns flexing of rules ‘could be fatal’ 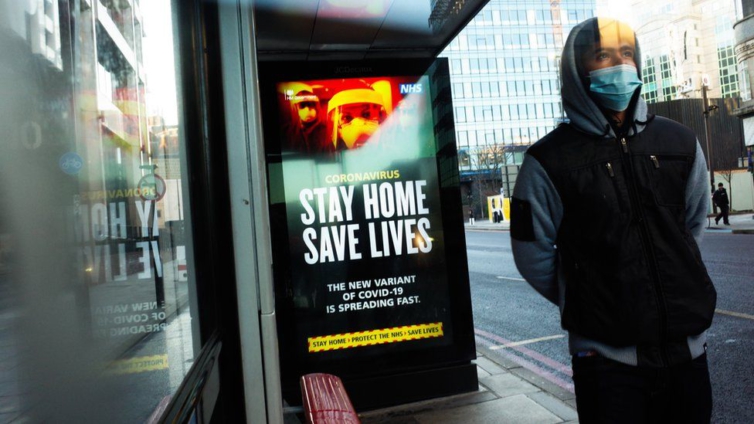 Flexing the coronavirus lockdown rules could be fatal, the health secretary has warned as hospital admissions soar.

Matt Hancock did not rule out strengthening current restrictions and told the BBC’s Andrew Marr the NHS was under “very serious pressure”.

It comes after almost 60,000 new cases of coronavirus were reported in the UK on Saturday and the number of deaths after a positive test passed 80,000.

Scientist Prof Peter Horby warned the UK was in “the eye of the storm”.

Labour leader Sir Keir Starmer said the rules were tough but “may not be tough enough” and called for the government to hold daily press conferences to avoid “mixed messages”.

The UK recorded another 563 deaths within 28 days of a positive Covid test on Sunday, down from 1,065 deaths on Saturday.

However, there tends to be fewer deaths reported on Sundays, due to a reporting lag over the weekend. There were also a further 54,940 daily cases.

Mr Hancock told Andrew Marr “every time you try to flex the rules that could be fatal” and said staying at home was the “most important thing we can do collectively as a society”.

The health secretary said he did not want to speculate on whether the government would further strengthen restrictions, after warnings from scientists on Saturday that they may need to be stricter.

“People need to not just follow the letter of the rules but follow the spirit as well and play their part,” he said.

His comments came after Home Secretary Priti Patel defended police over enforcing lockdown rules following the case of two women who were fined for going for a walk five miles from their homes – a decision which is now under review.

The government has launched a campaign telling people to act like they have got the virus in a bid to tackle the rise in infections.

Under the national lockdown, people in England must stay at home and can go out only for limited reasons such as food shopping, exercise, or work if they cannot do so from home. Similar measures are in place across much of Scotland, Wales and Northern Ireland.

England’s chief medical officer Prof Chris Whitty said that if the virus continued on its current trajectory “many hospitals will be in real difficulties, and very soon”.

In a statement released on Sunday, he said that unless people started to follow the rules more strictly, emergency patients will have to be turned away from hospitals, causing “avoidable deaths”.

Prof Horby, chairman of the New and Emerging Respiratory Virus Threats Advisory Group (Nervtag), said there may be “early signs that something is beginning to bite” due to the restrictions – but if they did not then stricter measures would be needed.

He told the BBC’s Andrew Marr Show: “I really hope people take this very seriously. It was bad in March, it’s much worse now.

Prof Horby said tougher measures might include those during the March lockdown, such as people only being able to exercise once a day and stricter rules about meeting people.

“We are in a situation where everything that was risky in the past is now more risky,” he said.

Prof Horby said early signs were encouraging that the vaccines would be effective against the new Covid variants – first identified in the UK and in South Africa – and he did not want people to “hide under the duvet”.

The most recent figures show that, on average, 894 people per day are now dying within 28 days of a positive Covid test, up from 438 at the start of December.

The spike in cases since Christmas means that figure is almost certain to get worse before the most recent lockdown measures can start to have any effect.

Scientists think the new variant of the disease is more “transmissible”, possibly because each infected individual produces more of the actual virus – sometimes referred to as the viral load.

Vaccination should help to protect the most vulnerable from serious symptoms but we don’t yet know if receiving the jab stops an individual contracting the virus and passing it on to others.

Scientists say that may mean even tougher restrictions will be needed to bring the R-number below one and start to reduce the overall size of the pandemic.

Mass community testing is to be rolled out this week, the government has said, and the health secretary said around two million people had been vaccinated in the UK, with some 200,000 jabs being given in England daily.

Mr Hancock said by autumn every adult in the UK would be offered a vaccine.

He said the government was on course to reach its target of 15 million people vaccinated by mid-February, with the opening of seven mass vaccination centres this week likely to increase the rate of jabs.

Mr Hancock told Sky News’ Sophy Ridge he hoped coronavirus could be treated like seasonal flu with an annual vaccination programme in the future.

Prof Horby said the vaccines may have to be updated “every few years” as the virus mutates and said it was unlikely the virus would go away completely.

“We’re going to have to live with it,” he said. “But that may change significantly.

“It may well become more of an endemic virus that’s with us all the time and may cause some seasonal pressures and some excess deaths but is not causing the huge disruption that we’re seeing now.”