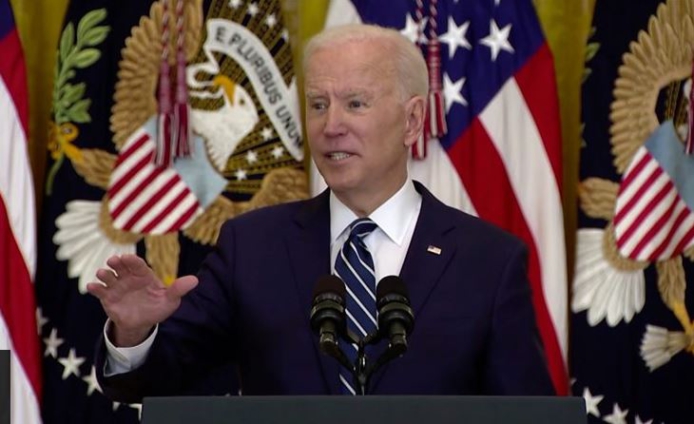 "My predecessor - oh God, I miss him" - and other news conference highlights

US President Joe Biden has warned that the spread of Covid-19 misinformation on social media is “killing people”.

He was responding to a question from a reporter about the alleged role of “platforms like Facebook” in spreading falsehoods about vaccines and the pandemic.

The White House has been increasing pressure on social media companies to tackle disinformation.

“They’re killing people,” Mr Biden told reporters at the White House on Friday. “The only pandemic we have is among the unvaccinated.”

US health officials have warned that the country’s current spike in Covid-19 deaths and infections is exclusively hitting unvaccinated communities.

Earlier on Friday, White House Press Secretary Jen Psaki said Facebook and other platforms were not doing enough to combat misinformation about vaccines.

“Obviously, there are steps they have taken,” she said. “It’s clear that there are more that can be taken.”

A spokesman for Facebook, Kevin McAlister, said the company would “not be distracted by accusations which aren’t supported by the facts”.

“We’ve removed more than 18 million pieces of Covid misinformation [and] removed accounts that repeatedly break these rules,” the company said in a separate statement.

DISCLAIMER: The Views, Comments, Opinions, Contributions and Statements made by Readers and Contributors on this platform do not necessarily represent the views or policy of Multimedia Group Limited.
Tags:
Covid-19
Facebook
Joe Biden
Misinformation