CPP is in a state of dilemma -Youth Organiser 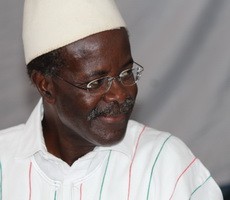 The National Youth Organizer of the Convention People’s Party (CPP), Mutala Mohammed says the party is in a state of dilemma as internal wrangling is affecting the fortunes of the party.

According to Mutala Mohammed, the party is currently disorganized as there is power struggle among its leadership.

Mutala Mohammed said this on Adom FM’s Dwaso Nsem on Tuesday in reaction to the exit of 2008 flagbearer, Dr. Papa Kwesi Nduom from the party.

The National Youth Organizer urged the party leadership to resolve the ongoing impasse in the party, adding that politics is about numbers and that every vote counts.

He had early on stated on another platform that only the blind did not see the impact of Dr. Nduom’s exit.

The statement did not go down well with the Ghana Federation of the Disabled as they called for retraction.

In a soft voice, Mutala Mohammed humbly retracted the statement and said his choice of words was not intentional and therefore apologized to the federation.

However, the former Youth Organizer for the CPP, James Kwabena Bomfeh said
Dr. Nduom’s exit will not affect the party as this is not the first or last time somebody is leaving a political party.

He described Dr. Nduom as a third generation follower of the CPP who does not have too much political clout as some people credit him with.

He noted that some people have left political parties quietly and he does not see Dr. Nduom’s exit as something that will affect the fortunes of the party.

He argued that party members who will follow Dr. Nduom to form another party do not have the interest of the party at heart and should be ignored.

Kabilla said he does not have pay masters in the CPP and as such does not support any individual, but owes allegiance to the party alone.

But in a sharp rebuttal, Richard Keelson, the Spokesperson for Dr. Nduom also said he will not spend his energy to reply Kwabena Bomfeh because he is not worth it.

He said if he descends on Kabilla, he (Kabilla) will not have the courage to come on-air again, adding a character like Kabilla is not worth his explanation.

Richard Keelson said Dr. Nduom left the CPP due to happenings in the party which are irreparable, adding Dr. Nduom can never reconcile with the party again.

He was optimistic that Dr. Nduom will pull a surprise in this year’s election with the “new rainbow coalition”.