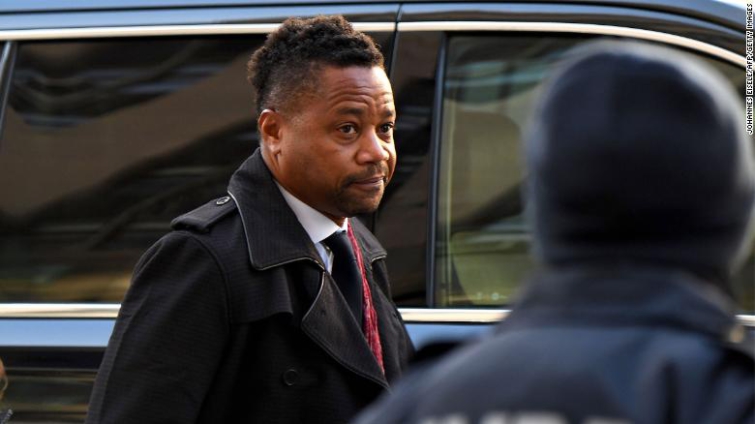 Actor Cuba Gooding Jr. entered a plea of guilty on Wednesday to a misdemeanour charge of forcibly touching a woman at a New York City nightclub in 2018.

Gooding admitted to kissing the woman, a waitress at the club, on her lips without consent. He also admitted to two other incidents of non-consensual contact in October 2018 and June 2019.

Under the terms of the plea agreement, Gooding is to continue alcohol and behaviour modification treatment for six months and have no new arrests. After that time, he can re-plead to harassment.

If he successfully follows the terms and re-pleads to the lesser charge, Gooding can face a sentence to time served. If he does not comply with the terms, he could face up to one year in jail.

“Cuba Gooding Jr. entered into a re-pleader today whereby in six months his case will be disposed of with a violation, which is not a crime, resulting in no criminal record,” Gooding’s attorney, Peter Toumbekis, said in a statement to CNN.

The delay-ridden case against Gooding first began in June 2019 when the actor was charged with forcible touching.

An additional charge was brought against him in October 2019. He’d previously pleaded not guilty to those charges.

Gooding’s lawyers at one point filed a motion to dismiss the case but it was denied.

Gooding’s trial was set to begin in April 2020 but was delayed because of lockdowns due to the coronavirus pandemic.

In August 2020, Manhattan prosecutors said that at least 30 women had come forward with accusations of unwanted touching by the Oscar-winning actor.

Assistant district attorney Coleen Balbert said in court on Wednesday that Gooding has been in counselling since September 2019 to address behaviour he engaged in and to ensure he doesn’t re-offend.

DISCLAIMER: The Views, Comments, Opinions, Contributions and Statements made by Readers and Contributors on this platform do not necessarily represent the views or policy of Multimedia Group Limited.
Tags:
Cuba Gooding Jr.