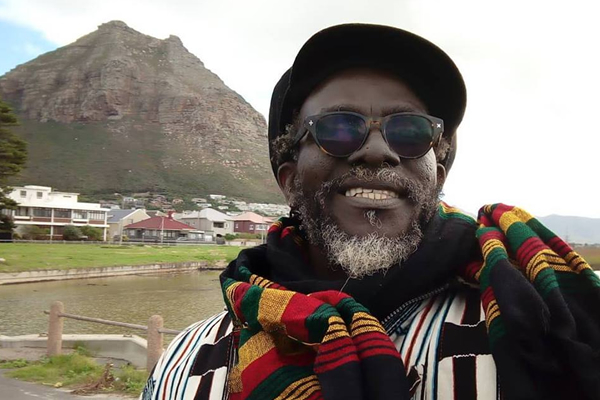 Representatives of Rastafari organisations in over ten African countries have elected Ghana’s Ahuma Bosco Ocansey aka Daddy Bosco as the first Chairman of the Rastafari Continental Council (R.C.C) at the recent meeting in Capetown, South Africa.

The conference also elected the representative from Tanzania, Ras Makonnen as Deputy Chairman.

According to the facilitator of the Conference, Dr Desta Meghoo, the Diasporan African Forum’s rep with the African Union, “the R.C.C seeks to protect and preserve the cultural, civil and natural rights of indigenous African Rastafari; ensuring their recognition nationally, regionally and Africa wide; in order to safeguard Rastafari Peoples full participation in the all areas of society in Africa, realizing a strong, sound and developed Africa.”

She added that the Council also aims at “building a sustainable institution to further unite, mobilize and empower Rastafari Peoples on and from the continent towards progressive development in and for Africa; while providing an integral platform for national, regional, and continental dialogue and efforts for the upliftment of Rastafari Peoples at home and subsequently abroad.”

On his part, the Chairman, Ahuma Bosco Ocansey expressed his gratitude to the Council for the confidence reposed in Ghana to provide leadership for the Council and also contribute to the realization of the objectives of the R.C.C.

The three-day conference, which was under the theme “Rastafari and Intra African Trade for Sustainable Development”, took place from May 22 to May 25 in Wellington, Cape Town, had representation from Ethiopia, Ghana, Botswana, Angola, Benin, Lesotho, Zimbabwe, Tanzania, Namibia and Swaziland.

The Rastafari Continental Council (RCC) was established in Ethiopia during the All Africa Rastafari Gathering (AARG) which was held from the November 1 to November 7, 2017 to unite, empower and mobilize Rasses for a sustainable development of the Rastafari nation at a national and continental level.

Participants at the conference worked on the structure of the Council and duly appointed officers for the administration of the Council’s secretariat which will be based in South Africa.

The secretariat will be run by Mama Nonhlanhla Mbhele as Administrative Officer, Sister Shane as Finance Officer and Ras Haile Negus as Communications Officer.

Commissioners were also appointed for thematic areas with Original Ras Korby Hingere Gaere of Ghana as Commissioner for Culture, Ras Kuda Kwashie of Zimbabwe for Agriculture, Stephen Khunou for Immigration and Prof Ongolo of Angola for Education.