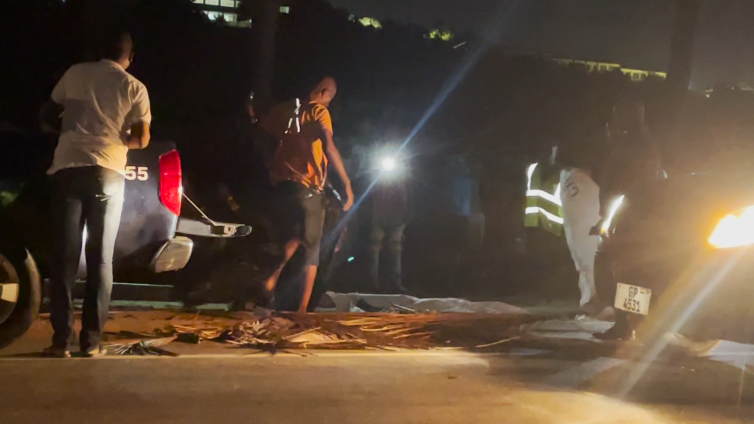 The Central Region Police are investigating the circumstances under which a Level 300 student of the Cape Coast Technical University was allegedly killed on Friday night.

Nana Ama Clark’s body was found in a pool of blood with her private part missing.

The Police say they had information around 9 pm on Friday that a female adult was found lying dead by the roadside at OLA Estate near the OLA College of Education in Cape Coast.

According to the Police, they proceeded to the scene and found the body of an unknown person aged about 24 years lying naked with her private part ‘vagina’ cut off and bruises on the body.

The incident has shocked residents of the area, who are calling on the Police to ensure the perpetrators are apprehended and dealt with.

The residents discounted earlier suggestions that it could have been a hit-and-run driver who knocked the 24-year-old to death. Even before the Police conclude their investigations, the residents say the circumstantial evidence does not corroborate an accident but a carefully orchestrated scheme.

The residents of OLA Estate are also calling on the Cape Coast Metropolitan Assembly to fix the street lights that have malfunctioned in the area.

The entire OLA-Bakaano stretch, where the incident took place, is in total darkness, and residents believe the darkness that envelopes the area at night emboldens people to commit such crimes.

The body of Nana Ama Clark has been deposited at the Cape Coast Teaching Hospital mortuary pending further investigation.

Meanwhile, the Police have contacted the mother of the deceased and investigations are underway.