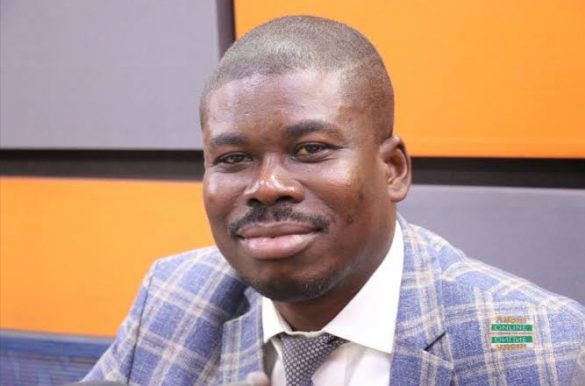 A former aide of the late Chief Executive Officer of the Forestry Commission, Kwadwo Owusu Afriyie, popularly known as ‘Sir John’, has called on Ghanaians to allow his late boss to rest in peace.

According to Charles Owusu, an assistant of the deceased NPP stalwart, ‘dead men don’t talk’, and therefore Ghanaians must desist from mudslinging Sir John’s memory.

Speaking in an interview with Philip Osei-Bonsu (OB) on Ekosiisen on Accra-based Asempa FM on Monday, an aggrieved Charles disclosed that he is appalled by the way his late boss is being ridiculed on the back of a published document, purported to be his will.

In his opinion, since the late CEO cannot respond to the allegations levelled against him, it will be better for Ghanaians to discontinue with the discussions on his alleged assets and accumulated wealth.

“It is sad that a man who served his party and country in various ways will be treated this way. When he was alive, we all knew him. The most painful thing is that, if he were alive, I’m not sure all these issues will come to the public domain. I’m not sure we’ll level the kind of allegations we’re throwing at him. But dead men don’t talk.

Where he’s lying now, he cannot speak for himself. He can’t do anything for himself. So people should say whatever they like. But as long as we’re in the land of the living as human beings, let’s know that he has seen his end and is gone. The rest of us will not live as stones forever. We’ll all go one day”, he stressed.

The comments by Charles Owusu follow the ongoing public discussions on a document, believed to be the will of the late lawyer and politician, Sir John.

On Sunday, May 22, an excerpt of the document was leaked on social media, generating a lot of public sentiments. The sentiments were further deepened, after the Fourth Estate’s Manasseh Azure Awuni, published what he described as the ‘full details’ of the will.

The publication by the award-winning investigative journalist incensed many Ghanaians on social media, with many critics accusing the late Forestry Commission CEO of greedily amassing wealth for himself and his relatives.

But in reaction to the discussions, the Lands Ministry said it is investigating claims that the former Chief Executive Officer (CEO) of the Forestry Commission, Kwadwo Owusu Afriyie aka Sir John, gifted part of the Achimota Forest lands to his relatives.

Touching on the move by the Lands Ministry to probe the allegations, Charles Owusu stated that he will assist with the Ministry’s probe, if he is invited in that regard.

Find below Charles Owusu’s interview with OB on Asempa FM on Ekosiisen on Monday, May 23

Meanwhile, the Minority in Parliament has highlighted the environmental effects of government’s decision to reclassify the Achimota Forest Reserve as a commercial or residential zone.

It is our belief that if any part of the Achimota Forest is released to any original owner and committed to any use either than its present use, it will set in motion a catalytic action of demands for the return of whole or parts of the about 265 Forest reserves across the country to original landowners”, the Minority said.