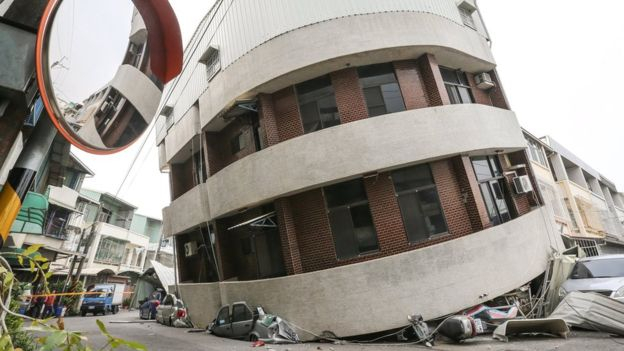 An earthquake has toppled buildings in the south Taiwanese city of Tainan, killing at least seven people.

Rescue teams have been trying to reach people trapped in rubble since the magnitude 6.4 quake struck just before 04:00 (20:00 GMT Friday).

A baby was among at least four people killed when a high-rise block collapsed. More than 300 people have been injured.

Shelters would be set up for those who had lost their homes in the city of two million people, he said when he arrived in the city.

One of the worst affected was the 17-storey Wei Kuan apartment complex, home to at least 256 people.

More than 200 people were rescued, but a baby, young girl and two adult men did not survive, officials said. At least 30 people are believed to still be trapped inside.

Interior Minister Chen Wei-jen said he feared more people may have been in the fallen apartment block than usual as families gathered to celebrate Chinese New Year.

He said investigators would examine whether the building's construction met requirements. 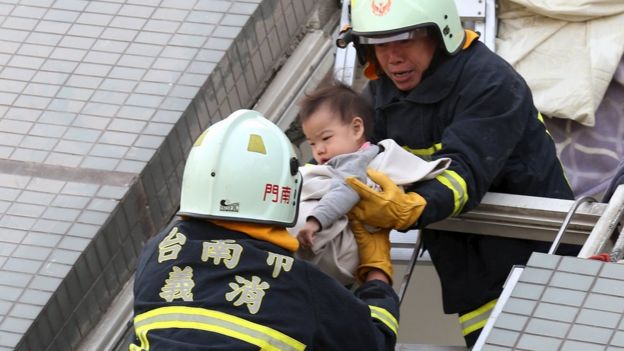 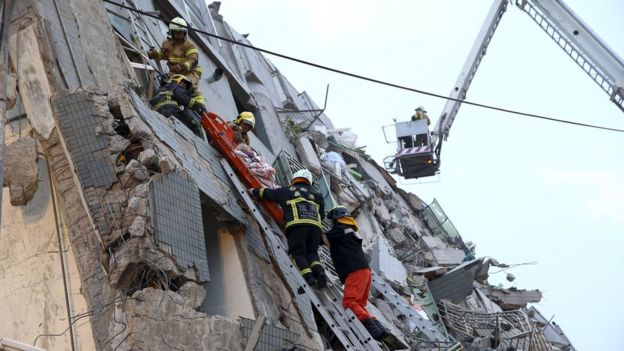 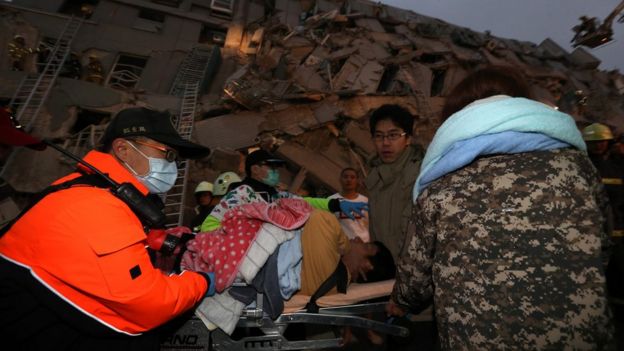 Residents told how they were able to escape from their homes in the block.

"I used a hammer to break the door of my home which was twisted and locked, and managed to climb out," one woman told local TV.

Another man tied clothes together to make a rope and lowered himself from the ninth floor to the sixth floor below, Apple Daily reports.

Irving Chu was in a hostel in central Tainan. He said he had been woken up by a tremor lasting about 40 seconds.

"It was a violent jerking motion," he told BBC World News. "The entire room was shaking. We were just holding on to things. We were shaken up."

Barry Knapp, a British man in Taiwan, said he was 240km (150 miles) north of Tainan but still felt the tremor.

"I was just in bed, about to fall asleep, and shaking started happening," he told BBC Radio 5 Live.

"It was going on for about 20 to 30 seconds and it came in waves. It was shaking and then it eased off, but then it started shaking even harder." 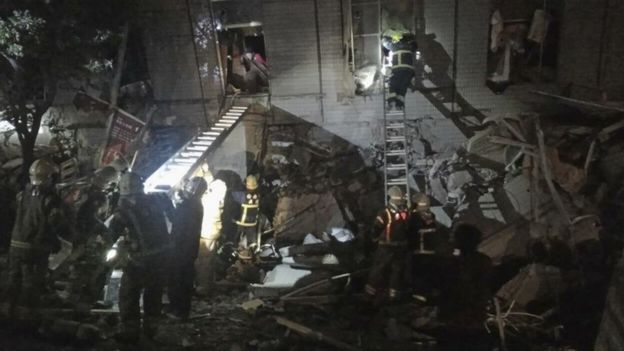 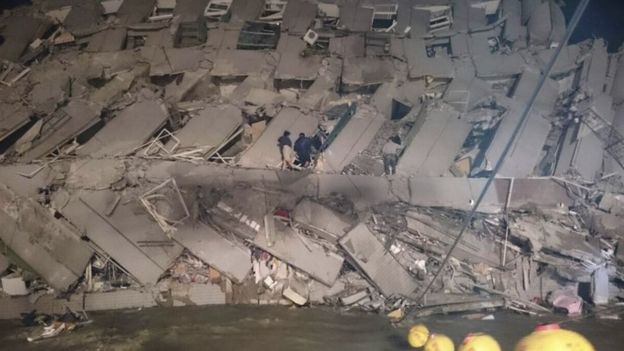 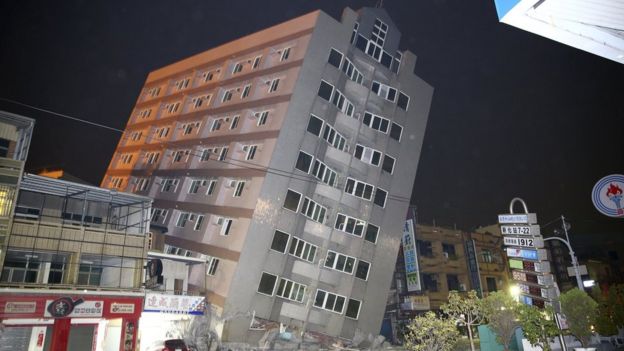 The quake was shallow, meaning its effects would have been amplified, the US Geological Survey (USGS) said.

There have also been at least five aftershocks. The quake was felt in the capital Taipei, 300 km away.

Although the damage does not appear to be widespread, a number of tall buildings have been left leaning precariously.

There are also reports of power outages, and transport links have been disrupted on what is one of the busiest travelling days of the year ahead of the Chinese New Year holiday.

Taiwan lies near the junction of two tectonic plates and often sees tremors.

Beijing has offered assistance although at the moment at least, given the relatively limited scale of the disaster, it does not look as if much outside help is needed, the BBC's John Sudworth reports from the Chinese capital.

Back in 1999, when a 7.6 magnitude quake killed more than 2,300 people in central Taiwan, a similar offer of help from the mainland became embroiled in political wrangling, with Taiwan accusing China of exploiting the situation for its own political ends, our correspondent adds.