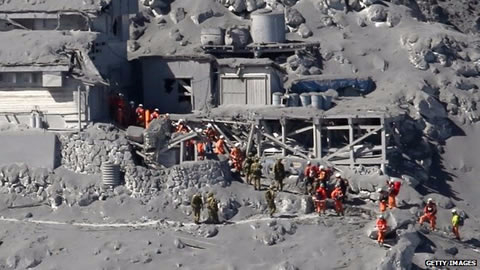 Rescue workers in Japan have recovered 12 more bodies from Mount Ontake, bringing to 48 the number of those killed by Saturday's volcanic eruption.

The search resumed despite fears of toxic gases and another eruption.

The number of those unaccounted for is unknown but estimates say hundreds were at the summit at the time. Dozens were injured by falling debris.

Since then, volcanic tremors have been continuously detected with smoke still coming out of the volcano.

The majority of bodies found near the summit on Wednesday were hikers, according to local police.

Helicopters have been used to bring the dead down from Mount Ontake.

Around 1,000 troops, police and fire fighters are involved in rescue operations.

The relatives of the dead and missing are waiting for news in a town hall in the nearby area of Kiso. 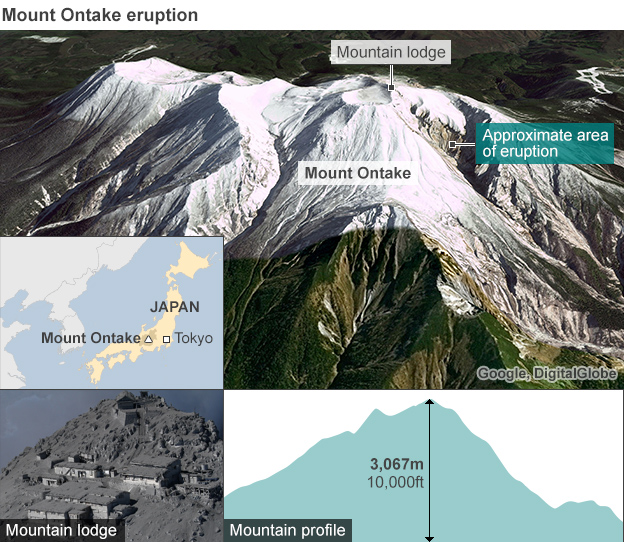 Experts have warned that the eruption is ongoing.

Seismologists had noticed increased seismic activity on Mount Ontake ahead of the eruption, but were still unprepared for what ensued.

Its eruption on Saturday is the worst volcanic disaster in Japan for 90 years.