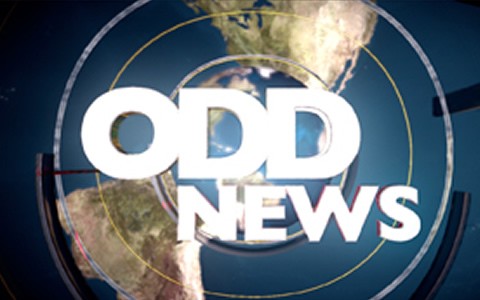 Swimmers at a section of the La Beach not far from the La Beach Towers in Accra – under construction – were stunned yesterday when they spotted a cow being driven towards the beach by the waves.

An eyewitness who beheld the strange spectacle told DAILY GUIDE that, "It was about 2:30 pm when we saw a cow being washed towards the beach. It was a strange spectacle and so we abandoned swimming to catch a bet­ter glimpse of the animal."

He told the paper that because the animal was at an advanced stage of decomposition, they were unable to do much about it save a measured viewing and picture taking.

After a while, however, he said, "The waves sent the carcass back to the sea."

The sea has, in recent times, hosted land mammals, prompting people to wonder how the animals found themselves in the Atlantic Ocean, with some people sus­pecting rituals.

A few Weeks ago, fishermen at Chorkor, another sub­urb of Accra, while pulling their net after casting it into the sea, discovered that the unusual weight which they thought was a bumper harvest, was after all a live cow.

The anomaly was given all manner of theories—from being a ritual performed by politicians to boost their for­tunes, to fishermen seeking to reverse their poor catches.

The Chief Fisherman of Winneba was compelled to come out to discount the claim that the live cow caught by fishermen in Accra originated from their part of the sea.

The disclaimer left observers with no basis for making further postulations about the strange live cow in the Atlantic Ocean.

Even before the foregone, a live antelope was caught on the high seas in the Western Region; a development which had officials of the Department of Game and Wildlife storming the place to find out more about the unusualness.

Whatever theories are put forth, the fact is that ani­mals have been found in the past few months in the sea, a place they are not endemic to.

The La dead cow in the sea will certainly be deemed a ritual performed by some fishermen or others with a pas­sion for the esoteric.