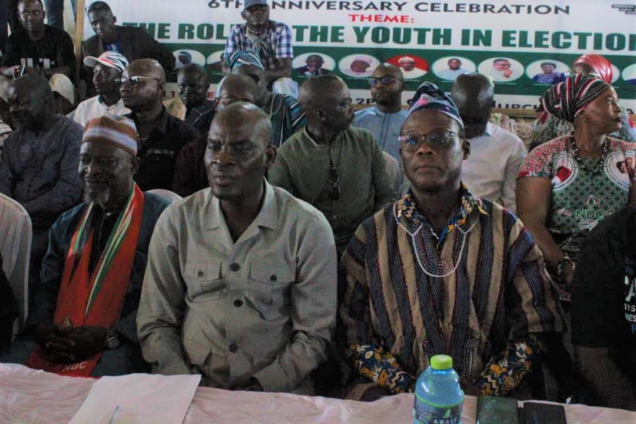 The defeated NDC parliamentary candidate for the Walewale constituency says the party must come up with a campaign strategy to counter the political clout of Vice President, Dr Mahamudu Bawumia.

According to him, the NDC lost the election because they underestimated the influence of Dr Bawumia in the Walewale.

“Walewale constituency is fighting an establishment. That establishment constitutes the loyalists of Dr Mahamudu Bawumia to the point that an all-campaign trail came face to face with chiefs that are adversarial towards us.

“Walewale is a unique constituency that requires affirmative action. We cannot approach the 2024 election with a brush that we use to brush every constituency,” he said.

Mr Abdullah suggested the party leadership failed to provide adequate resources and support for their campaigns.

He also warned that the party will fail to take back the seat in 2024 unless stringent measures are put in place to weaken the influence of the vice president.

“Whether Abuba is the candidate or not; whether another person is a candidate or not, as far as Dr Mahamudu Bawumia remains a stakeholder in the NPP, Walewale constituency would want the NDC as a political party to construct a very good strategy that will deal with our peculiarities as a constituency.”

He believed, however, that the NDC was still capable of winning the Walewale seat and challenged the leadership of the party to restore unity in the constituency before 2024.

“Walewale has 38 polling stations and we won 34. NDC won only four in Walewale township. There is no evidence anywhere in the world that can convince anybody that Walewale is not a winnable seat for the NDC. The only problem we have is that we need everybody’s hand on deck and we need a unified front”.

The NDC former parliamentary candidate was speaking at an event organized to mark the 6th anniversary of the party’s youth group called the NDC Youth Network.

The event was attended by a high-powered National delegation led by the Minority Leader, Haruna Iddrisu.

Addressing the gathering, Elvis Afriyie Ankrah said the constituency leadership must equally be blamed for the defeat.

On his part, the Minority Leader, Haruna Iddrisu declared Walewale as an extension of his Tamale south constituency and promised to help recapture the seat.

The Women Organiser, Hanah Bissiw said the party will resist any attempt by the ruling NPP to ‘steal’ the 2024 elections.

“I have heard somewhere that they are waiting for Bawumia to win and they would snatch power from us forcibly as they did earlier on.

DISCLAIMER: The Views, Comments, Opinions, Contributions and Statements made by Readers and Contributors on this platform do not necessarily represent the views or policy of Multimedia Group Limited.
Tags:
n
NDC parliamentary candidate
Vice President Dr Mahammudu Bawumia
Walewale