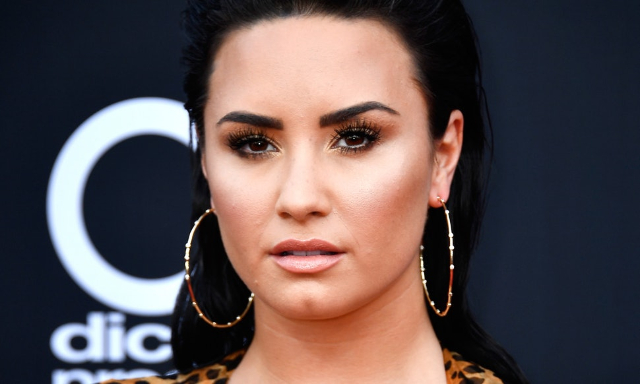 "The last time I did an interview this long, I was on cocaine."

It's clear from the first minute of Demi Lovato's official documentary, released last October, that the singer has no problem being open about her addictions.

The previous interview she refers to was for another documentary – 2012's Stay Strong – in which she spoke of her "daily battle" with eating disorders, self-harm and mental health issues, as well as addiction.

Lovato had "Stay" tattooed on one wrist and "Strong" on the other. She seemed to be keeping the demons at bay.

She insisted she got clean soon after making that film.

However, a month ago, fans discovered she had relapsed when she revealed in a new song: "I'm not sober any more."

So her apparent overdose on Tuesday is a heart-wrenching twist for the 25-year-old and all those who had followed her on her rough journey from Disney star to troubled pop icon.

The pressures of being a teen star, a dysfunctional relationship with her father and bullying all contributed to the issues that have threatened to drag her under at various points in her career, those documentaries revealed. 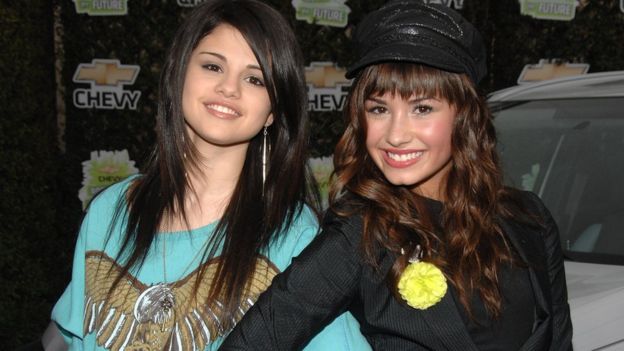 Her problems with food and suicidal thoughts began even before her big break on TV show Barney & Friends at the age of 10, she said, while at the age of 12 kids in her class signed a petition encouraging her to kill herself.

The pressures were exacerbated when she found stardom in Disney Channel hits Camp Rock and Sonny with a Chance, before launching a pop career.

"There was more pressure to succeed… I was a perfectionist and I really wanted to be the best of the best. It didn't let up at all. It just mounted more and more."

She first tried cocaine at the age of 17 when she was working on the Disney Channel. "I felt out of control with the coke the first time," she said.

"My dad was an addict and an alcoholic and I guess I always searched for what he found in drugs and alcohol because it fulfilled him and he chose that over a family." 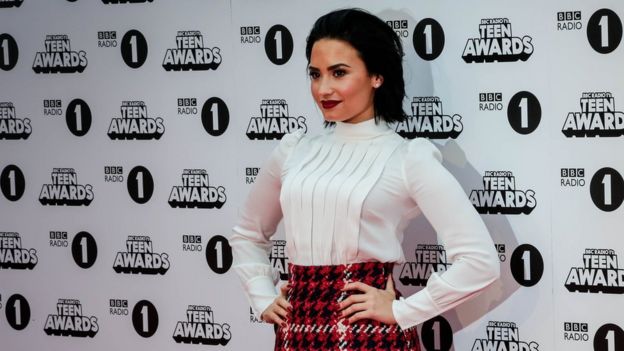 The first public admission that anything was wrong came in 2010 when she dropped out of the Camp Rock 2 tour with the Jonas Brothers and went into rehab for what were described at the time as "emotional and physical issues she has dealt with for some time".

The breaking point had come when she and her backing dancers trashed their hotel one night after drinking and smoking weed.

Lovato was also taking Adderall, an addictive prescription stimulant – and she punched a backing dancer who told her parents and manager she was using the drug.

After checking into treatment, she was diagnosed with bipolar disorder.

When she came out, she continued using drugs like cocaine and Xanax. "I wasn't working my program," she said. "I wasn't ready to get sober. 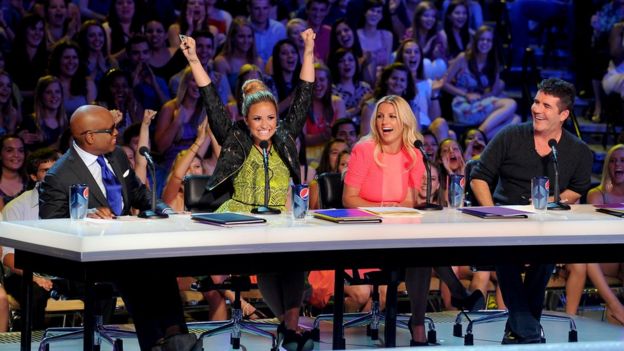 She was an X Factor judge alongside LA Reid, Britney Spears and Simon Cowell

"I was sneaking it on planes, sneaking it in bathrooms, sneaking it throughout the night – nobody knew… I was either craving drugs or on drugs… I was not easy to work with."

In the documentary, she revealed she would even fake drug tests by handing over other people's urine, and on one occasion was taken to hospital after a suicide attempt.

It was only when she hit such lows that she made a concerted effort to get clean.

When she was a judge on the US X Factor in 2012 and '13, viewers had no idea she was living in a "sober apartment" – a place to live and get help with recovery. She had room-mates, no phone and had to do chores.

That sobriety lasted for six years, she said. In her documentary, she revealed that although she stayed off drugs and alcohol, she has never managed to "fully conquer" her bulimia.

She said: "Food is still the biggest challenge in my life and it controls… I don't want to give it the power to say it controls my every thought, but it's something that I'm constantly thinking about. 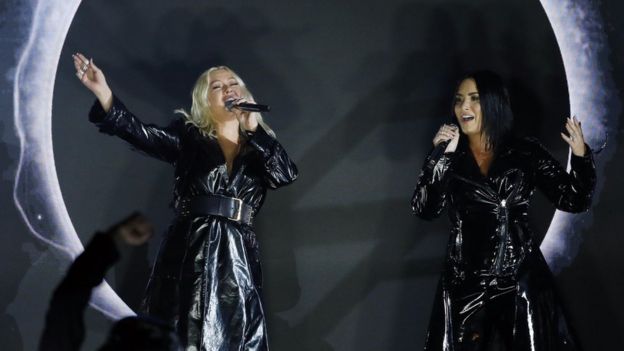 "Body image, what I'm going to eat next, what I wish I could be eating, what I wish I didn't eat. It's just constant. I get envious towards people that don't struggle with an eating disorder just because I feel like my life would be so much easier."

Fans believed her life was going in the right direction – until June 2018, when she posted the song Sober.

Two weeks earlier, she had cancelled two shows of her UK tour.

The 2017 documentary had ended on a predictably upbeat note, with her transformation at that point described as "a miracle".

The documentary was titled Simply Complicated, and fans who have stuck by her know by now her story is rarely simple.

But they will hope she can get back to a point where she can live with her demons, even if taming them has proved a painful struggle.