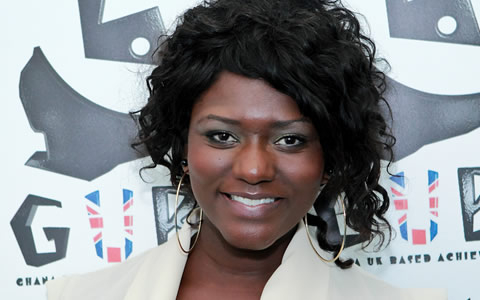 The CEO of the Ghana UK Based Achievement(GUBA) has been adjudged the best event organizer of the year at the 3rd Women for Africa Awards held in London over the weekend.

The awards ceremony is aimed at awarding women who have distinguished in various areas in life all over the world.

It is put together by  Women4africa , a UK based organisation focused on celebrating and empowering Africa and its women. In all about 20 women from all over world were recognize for their work.

Speaking after picking the award, Dentaa Amoateng, said that she never thought that she team GUBA would have won, that all this shows how much  the recognition shows that planning, dedication,  actually pays with this recognition.

She thanked team GUBA for all the support "being nominated was an achievement in itself, I never thought we would win, i am so pleased  to pick up this award ".

Dentaa beat competition   from  other five organizations who were nominated for the award.  Dentaa Amoateng was last year  adjudged  the inspirational  African  and African  Woman in Europe.The Ghana UK Based Achievement (GUBA) Awards is an annual awards ceremony based in Britain which recognises the ‘hugely significant’ contribution that British-Ghanaians make to society.

The awards were founded in 2009 by UK-based Ghanaian TV personality Dentaa, with the first awards ceremony taking place in London, England, in October 2010. GUBA CEO Dentaa had the idea to set up the awards as she felt that there was “nothing out there” that promoted and celebrated the hard work and successes of British Ghanaians.

The GUBA Awards is the first ceremony of its kind to specifically recognise Ghanaian achievement and the only awards to be endorsed by the Ghana High Commission in the UK.

It is intended as a platform that “showcases and celebrates excellence and achievement within the British-Ghanaian community as well as the outstanding and valuable services provided to Ghanaians in the UK and Ghana”.

More recently, the organisers have sought to also involve the wider African communities as they attempt to gain international attention.

The GUBA Awards is a non-profit organisation which donates proceeds towards charitable schemes operating within the Ghanaian community, and provides an “engaging platform” for promoting greater cultural diversity in the UK as well as raising the profile of Ghana. In 2012 the GUBA Foundation was set up to tackle a broad spectrum of issues affecting Ghanaian and African communities.

GUBA has been acknowledged and endorsed for its role in recognising Ghanaian achievements in the UK, as well as promoting the national interest of Ghana and the African community, by dignitaries and organisations including The Ghana High Commission to the UK & Ireland, The British High Commission in Ghana, The Ghana Ministry of Tourism, former British Prime Minister Tony Blair and wife Cherie, Lord Paul Boateng, Diane Abbott MP and FIFA President Sepp Blatter. The current GUBA patron is British actor Hugh Quarshie. In July 2013, the GUBA Awards received an International Corporate Social Responsibility (CSR) Excellence Award, beating over 100 nominees from the UK corporate sector.