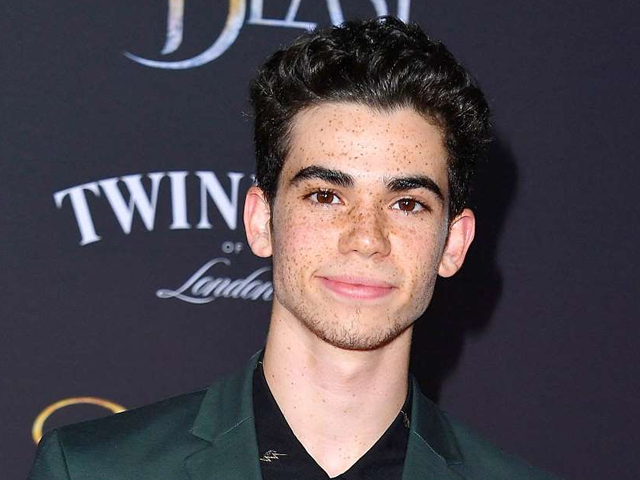 Actor Cameron Boyce, who starred in the Disney Channel’s television shows and series, has died at age 20.

A spokesperson for his family told CNN that Boyce died in his sleep after a seizure resulting from an ongoing medical condition.

“It is with a profoundly heavy heart that we report that this morning we lost Cameron,” the spokesperson said. “He passed away in his sleep due to a seizure which was a result of an ongoing medical condition for which he was being treated.”

“The world is now undoubtedly without one of its brightest lights, but his spirit will live on through the kindness and compassion of all who knew and loved him. We are utterly heartbroken and ask for privacy during this immensely difficult time as we grieve the loss of our precious son and brother,” the family said in a statement.

Boyce starred in “Jessie,” a television show about a small town girl, played by Debby Ryan, working as a nanny for a wealthy family after moving to New York City. Boyce was one of the children she cared for.

“From a young age, Cameron Boyce dreamed of sharing his extraordinary artistic talents with the world,” a Disney Channel spokesperson said.

“He was an incredibly talented performer, a remarkably caring and thoughtful person and, above all else, he was a loving and dedicated son, brother, grandson and friend. We offer our deepest condolences to his family, castmates and colleagues and join his many millions of fans in grieving his untimely passing. He will be dearly missed.”

A veteran actor at 19

Boyce was born and raised in Los Angeles, and was dubbed an old soul by those who knew him, according to Disney Channels’ biography of him.

“His love of performing began in a dance studio, which then transitioned him into commercials, and not long after television and film,” the channel says.

By the time he was 19, Boyce was “already a veteran to show business,” Disney says.

He was a passionate advocate

Boyce was set to appear in the comedy series “Mrs. Fletcher,” which is set to hit HBO this fall.

He was also cast in the leading role of Cal in the indie feature, “Runt,” according to his biography.

Boyce was involved in many philanthropic causes, according to the channel. It said he was mostly involved with the Thirst Project, a nonprofit that provides communities with safe drinking water.

Boyce’s Instagram account has received close to 3 million “likes” for a head shot he posted Friday, his final communication to the world via social media.

Fans and celebrities alike have expressed disbelief following his death.

i will never understand why the world takes away the good ones.
rip cameron ðŸ‘¼ðŸ» #cameronboyce pic.twitter.com/Z7lAdQtaTx

“Too young. Too sweet. Too funny. Just the nicest, most talented, and most decent kid around. Loved that kid,” wrote Sandler. “Cared so much about his family. Cared so much about the world. Thank you, Cameron, for all you gave to us. So much more was on the way. All our hearts are broken.” Sandler concluded his message by sending his “deepest condolences” to Boyce’s “amazing family.”

“He was a great guy,” Cook said on Twitter. “Genuinely nice and definitely gone too soon.”

“Cameron brought love, laughter and compassion with him everyday I was in his presence,” Ortega wrote. “His talent, immeasurable. His kindness and generosity, overflowing. It has been an indescribable honor and pleasure to know and work with him. I will see you again in all things loving and beautiful my friend. I will search the stars for your light. Rest In Peace Cam.”

Beauty vlogger James Charles said Boyce was one of the kindest people he’d ever met. “He was so young, incredibly talented,” Charles said.

DISCLAIMER: The Views, Comments, Opinions, Contributions and Statements made by Readers and Contributors on this platform do not necessarily represent the views or policy of Multimedia Group Limited.
Tags:
Cameron Boyce