Do Ghanaians know they have referendum coming in 2019? 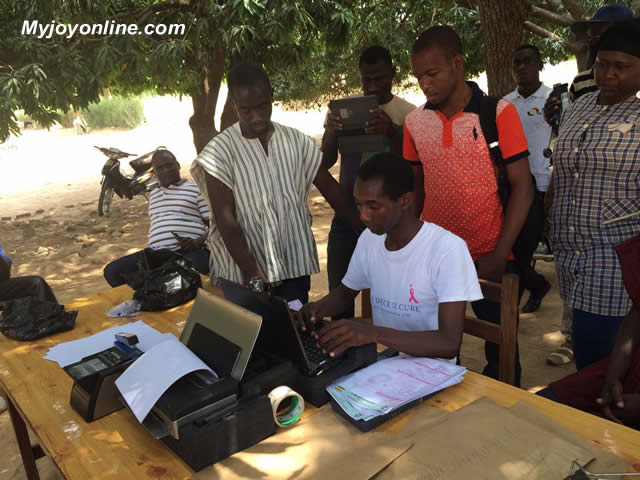 What’s a referendum? Many young friends of mine ask every time they listen to me animatedly discussing getting rid of Article 55, Subsection 3 of Ghana’s Constitution.

I’ve decided that the best way to answer the question is that it’s our Brexit Moment.

It’s when you go to the ballot box to answer YES or NO. In Britain, they asked the people whether they wanted to remain within Europe or not. They answered NO. So Britain is negotiating its way out. In our case, we will be asked next year whether we want to get rid of Article 55 subsection 3 of our Constitution or not.

Actually, it may be easier to ask people whether they want to elect their metropolitan, municipal and district chief executives (MMDCEs) and assembly members.

Subsection 3 of Article 55 is the clause that prevents us from electing our MMDCEs and assembly members through competitive elections based on party politics.

The debate has gone on for a while and it’s quite clear from research and surveys about possible constitutional amendments that the majority of Ghanaians think it’s a good idea. That’s why all the political party manifestos of 2016 promised to have them elected.

By the way, this is the one promise I think Ghanaians should be keen to see kept. The people should be demanding that this promise, in particular, be kept because electing MMDCEs and assembly members on political party tickets is the one thing that we can credibly describe as a game changer for the country's politics and economy by speeding up the process of development. How?

Here goes: The winner-takes-all system, which we agree is bad for us, will be dismantled. Overnight an avenue for entering government will be provided for those parties that lose the national election. Again, we will see an improvement in the competence of people who enter local governance because knowing the competition, parties will field more competent candidates through a competitive party contest.

Again, as representatives of parties, candidates will come with a programme of action rather than the current arrangement where people in authority have no agenda. What I like most about it is the accountability it introduces. District Chief Executives (DCEs) who don’t do well can be recalled or not voted for again. This is as it should be in a true democracy.

Under the current arrangement, DCEs are formally accountable to the President and in many other instances, patrons. President Akufo-Addo has committed his administration to realising this long-held dream and has set the ball rolling with a timetable that I’m afraid, is already behind schedule.

If things go well, the YES vote will come out tops and Ghanaians will be electing MMDCE’s and assembly members in much the same way as they elect parliamentarians and the President by 2021.

Multiparty local elections! We cannot afford to mess this up simply because the ministry charged with making this happen hasn’t done its work. The Ministry of Local Government and Rural Development (actually this ministry needs to be renamed to replace Rural Development with Urban Development if you ask me) should be busy making this top on the minds of Ghanaians.

Public education is vital or the NO vote may win. Equally important, they need to be seen working with urgency if they really want to meet the President’s schedule.

There is a rather cumbersome process awaiting us all and the sooner we get started, the better. So where do we start? Answer: with the bill that goes to Parliament.

Where is the bill on this constitutional amendment? If it’s not drafted yet, we are already running late. Remember it has to go to cabinet, Parliament, the Council of State, back to Parliament, gazetted for six months and so on and so forth. We are already heading towards September and there is no sign of any such bill. I urge the President, to prioritise this matter and personally lead this process.

He cannot afford to leave it for others. It is his legacy that is on the line. Competitive party politics at the local level is the most transformative political governance initiative since we introduced the current local government system three decades ago and the nation is crying out for it. (Or is it, should be crying out for it). It will begin a process of transforming our politics into a more mature, less dire and pro-development practice.

Finally, we will be able to speak truly of multi-party politics in Ghana. It will result in people other than those in the governing party occupying DCE positions; occupying the position of even mayors, yet not belonging to the governing party. That should be good for us all. But it’s not going to be easy. There are political forces determined to maintain the status quo.

The status quo is that we leave candidates to the dictates of those who finance their campaigns. State power is in many respects captured by private interests. Folks, it’s the sole reason big development isn’t happening.

All good government too is local, so if you don’t devolve political power and resources, things won’t happen. Actually, amending the Constitution is long overdue. We’ve been operating an undemocratic local governance system for far too long.

It is not conducive for rapid development. So the forces that know that this is going to make a real positive change for Ghana should stand up and be counted. Don’t sit down and let the NO Vote win and complain after. As for me, I’ve decided to support the one think-tank that has persistently kept this crucial matter on the boiler – the Institute for Democratic Governance (IDEG).

The amount of literature they have developed on this subject is unbelievable and I have reviewed quite a bit of it. If you want to be kept on top of this local governance reform matter, check them out. All you need to do is speak up and enquire where things are along that road. Things are already behind schedule.

The procedure for a constitutional amendment is lengthy and fraught with all manner of challenges not least of all is the effort of those who want to maintain the status quo. I dare say that the real risk that lies ahead is getting caught up in court over procedural matters.

I’m watching the Ministry of Local Government and Rural Development closely. It is the sector ministry charged with realising this transformative event.

Some people talk about elections but leave out the parties. No. We are not talking about that kind of election. We are rather talking about multiparty district elections.

That’s what makes this transformative. We should not settle for less.

This article is also available at davidampofo.com