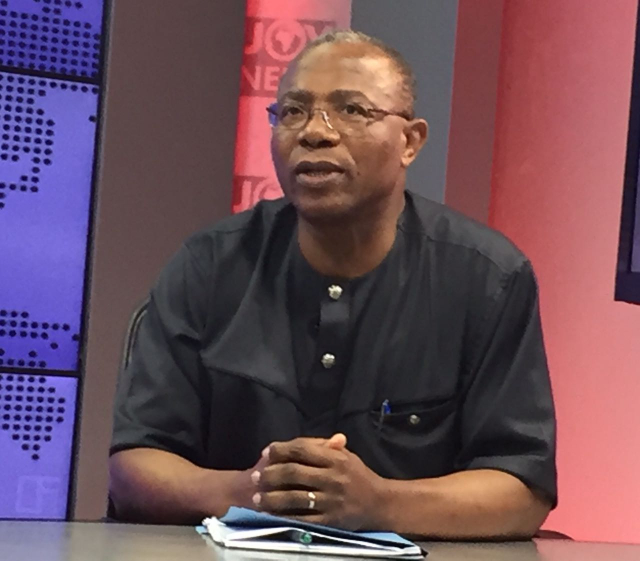 Let me try and keep this post as real as possible. During my years at the BBC World Service, we would never do secret recordings of the guests on our programmes. Not only was it considered unethical, but the BBC always prides itself in being transparent, honest, truthful, fair, balanced, accurate, and credible – values that are drummed into you every single day and at every opportunity. In fact, to interview someone over the phone for a BBC radio show, the process USUALLY went this way:

1. An interview is decided – by a staff or colleagues – usually during an editorial meeting or discussion.

2. A call is FIRST made to the interviewee – usually from the office and away from a recording device – to make the request, agree on the time (and terms) for the interview. (Sometimes, once the interviewer is ready, the call is transferred at that moment to a studio for the start of the recording.)

3. Once agreement is reached, a call is made to the interviewee for the recording.

4. Sometimes the call is made or transferred directly into a LIVE programme – Focus on Africa or Network Africa.

Main Point or Lesson: Unless the practice has changed since I left the BBC, no producer/presenter/editor would ever broadcast an interview that has been recorded secretly and without the consent of the interviewee. It simply goes against the ethics, values, and guidelines of the BBC. (There may be exceptions, for example, when some undercover (TV) reporting is necessary in countries where reporting has been banned. But the norm at the BBC is that you do not engage in the secret recording of your interviewees. Period.)

A Worrying Practice Seems To be Taking Hold in Ghanaian Journalism

I find the emerging practice of secret recordings by Ghanaian journalists, as demonstrated in the case of the ‘#Interngate’, to be really troubling, unacceptable, and deeply unfortunate. What is emerging is that SOME Ghanaian journalists, in the current climate of ratings-boosting, entrapment, and seeking the most salacious bits, are resorting to secret recordings, either via the studio or through their smartphones.

Point/Lesson: It was – and still is – wrong for the intern to make a secret recording of her preliminary phone conversation with the minister. Worse for that clip to be placed in the public domain.

A Station You Can Trust? A Media House That’s Credible?

There is something “just-so-off” about a media house that routinely engages in the secret recording of people/interviewees. Even worse is the boldness, shamelessness, and crass decision-making that allows editorial supervisors to feel comfortable in placing such unguarded secret recordings in the public domain. Any avid radio listener or media follower would like their media house to be edgy, sharp, and a cut above the rest. But there is an element of desperation in any media house that enjoys doing the secret recording of (potential) interviewees and putting such recordings out. Trust is an essential pillar for any media house and there is a real risk of destroying trust between a media entity and its followers or audiences, when unethical practices become acceptable.

I dare say that, you are a weak, obnoxious, and “boycottable” media house if you have to resort to secret recordings for your broadcasts. Do I really want to be following a media house that embarks on behavior I wouldn’t engage in nor tolerate? Isn’t the application of tried-and-tested cutting-edge journalism practices enough for audiences to be well informed, entertained, and educated? Where is the TRUST, CIVILITY, and EXAMPLE?

During my one-year service to our nation at the Presidency, I became aware that I was being recorded by certain journalists and dubious persons whenever I took their calls. Sometimes, I played along cautiously, knowing I should not provide anything quotable that could lead to salacious and misleading headlines. But on one particular occasion I confronted the journalist, “Why are you recording our phone conversation?” He was stunned and started to mumble. He was compelled to come clean (somewhat) and offered a sheepish response, upon which I quickly cut the call. I believe that, apart from SOME journalists, there are other characters (some with wicked intentions) who are engaged in the routine secret recording of others for all manner of purposes, but for now, I’ll stick to journalism and broadcasting.

Call me old-fashioned, but I’m still of the view that any media entity that seeks to normalize the dubious practice of secretly recording and publicizing such phone conversations must be viewed as engaging in a practice that is totally unethical, unacceptable, and completely wrong.

No person, in a position of authority, power, or responsibility, as a PUBLIC SERVANT, should ever be found saying to anyone, “You don’t respect…please go off.”

The Minister shouldn’t have asked, ‘Who gave you the permission to call me to speak to me directly like that?’ The Minister erred badly in the way she treated the young intern. I believe ALL PUBLIC SERVANTS – be they the office cleaner or the most powerful human being in the land – would do well to live by the Golden Rule, “Do unto others as you would have them do to you.”

Point/Lesson: Public servants may act as “big women” or “big men” but they are servants of the people, and should not be rude, condescending, dismissive, disrespectful and impatient with their citizens.

In my broadcasting and professional experience, “You may be an intern, but you shouldn’t talk and act like one.” There’s nothing that gladdens the heart of any manager or supervisor more than to observe someone, who’s technically an intern, behave like a confident, competent, and capable member of staff. It may not be totally accurate, but I do not expect any intern I’m supervising to approach a Head of State for an interview and declare, almost proudly to that potential interviewee, “… I am an intern …”

It may not be totally truthful, but saying confidently, “Hello Madam Minister, My name is so-so-so, I’m a REPORTER calling from so-so-and-so media house to conduct an interview with you on this matter,” can easily result in the interview being granted. You don’t have to impersonate, pretend or lie, but you must be confident in your approach.

Supervisors usually expect their interns, who are given assignments, to behave and act as regular staff. Declaring your legal or technical title as an “intern” smacks of naivety, at best, and of a certain weakness and lack of confidence, at worst. In fact, when the Editor followed up and called the minister back he described his junior colleague as “one of our reporters”. Technically, the intern, in that moment, is a reporter and should have introduced herself to the minister that way.

Point or Lesson: The intern erred in her approach, which was weak, disengaged, and off-putting. Be confident and approach your tasks with purpose, focus, and confidence.

Please, permit me once again to draw from my little broadcasting experience and state that, the norm in most reputable media organisations is to put your best foot forward when pursuing top interviewees– especially when an interviewee has a reputation for being rude, arrogant, tough, or abusive. The top or highly-desired interviews are best handled by more experienced colleagues. So, at the BBC, I could come up with a great idea for an interview – say, with a troublesome, terrible, or tough Head of State – and still defer to one of my more experienced seniors to conduct the interview, after I arranged it. Or I could discuss the interview with a more experienced colleague, who has dealt with a troublesome or tough interviewee in the past, and use their guidance to conduct a robust interview. You can and must always learn graciously, with humility.

There is an element of implicit disrespect for a Minister of State when you ask a “confidence-lacking” intern to interview the Minister – and this is not to justify the Minister’s harsh, crass, and inconsiderate reaction. Are Ministers demi-gods? No. Are interviews with Ministers (or others of higher ranking) important? Yes.

What I’m saying here is,

The Intern’s Pity-Partying And Melodramatic Reaction

She decried the lack of humanity, modesty, and empathy from her “sister” and “icon” – the minister. She laced her “essay of lamentations” with phrases like “women are their own worst enemies.” A portion of her article said, “I became so down-hearted, shocked and indeed terrified because of the way she spoke to me; my mind became messed up with so many disjointed thoughts – whether I did something wrong – whether I don’t qualify to talk to my role model ….” Was this the best reaction to the incident? I doubt. I think the intern was badly advised.

Sometimes, the same persons in positions of authority who reject you today can very easily turn around or be compelled by events beyond our comprehension to turn your rejection into an election or promotion. Sometimes, giving a good and un-emotional RESPONSE to a bad situation, instead of reacting badly, can help you more.

The Point or Lesson: The intern erred in the tone of her article of lamentations. Young woman, if you read this then please take this brotherly advice, which does not excuse nor justify the official’s nasty behaviour: “In your career you’re going to encounter situations that are worse than what the rude minister did to you. Toughen up. Be strong. Keep on rising.”

Many Sides to A Coin

Within hours of the issue coming up I saw one respected senior brother, Godwin Aven, write a nice teaching note about it on his Facebook page.

It was compelling, and I “liked” it. I later on discovered other sides and hope my views here have built on his eloquent submissions. As they say, there are MANY SIDES – not two sides – to a coin. Another respected brother Nana Awere Damoah, through his Facebook page, embarked on a cheeky, sarcastic, and hilarious series I would title, “Respect to the Intern.”. Very good but probably not addressing all sides, I thought.

My Big Lesson or Point: It is important, critical, and simply wise to delay judgement on certain matters, as long as being patient would not lead to a worse situation or the loss of lives. Rushing to pronounce judgement, without the full facts, can be dangerous, embarrassing, and unwise.

The initial headline or narrative of “a Minister simply rejecting an intern’s request for an interview,” proved to be, “not the whole story.”

The Minister needs to cure her rude, arrogant, and dismissive tone and approach. I would advise her to do a mea culpa, at an appropriate setting.

The editors or supervisors did well to apologize for the secret recording and related issues. The intern needs to learn her lessons for a brighter future.

Media houses that engage in the un-authorised, unethical, unacceptable secret recordings of interviewees are doing themselves a great dis-service and must be admonished, stopped, or boycotted. When in doubt, just consider, “DO UNTO OTHERS … PLEASE”. My voice has fallen.

DISCLAIMER: The Views, Comments, Opinions, Contributions and Statements made by Readers and Contributors on this platform do not necessarily represent the views or policy of Multimedia Group Limited.
Tags:
Ben Dotsei Malor
Internship
Journalism