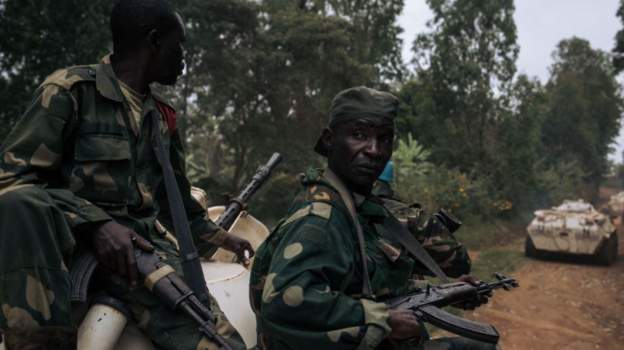 The AFP news agency quotes a local official as saying that 29 bodies had been retrieved from the artisanal mine.

Among the dead was a four-month-old baby, it said.

In a statement, the ministry of communication blamed the Codeco rebel group for the attack.

“The government specifies that this umpteenth barbaric and cowardly act of Codeco terrorists on innocent populations will in no way shake its determination to restore peace,” the ministry said.

“The army is working day and night to completely eliminate the armed groups here in Ituri,” army spokesperson is quoted as saying by Reuters news agency.

The Codeco group has previously been accused of carrying out raids against civilians in recent months.

It’s blamed for killing at least a dozen people at a church in March, and another 60 in February.