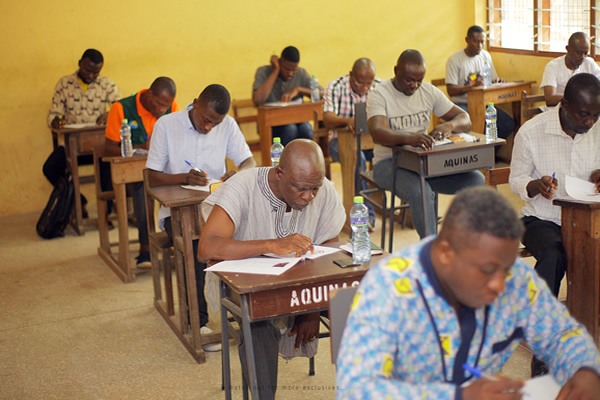 The Ghana Driver and Road Safety Awards (GDRSA) scheme has held a road safety examination for professional drivers within the country, as part of this year’s awards.

Held in both Accra and Kumasi, the written test, formed part of some five processes that have been laid down by the organisers for participants in the driving excellence awards to undergo, in order to choose the ultimate winner for the 2019 GDRSA.

The exam was made up of a general paper and a category paper, which was based on the type of car that a driver works with.

This number will, however, be pruned down by 50 per cent for the next stage of the competition where the competing drivers will be interviewed by a panel, according to the Director of Partnership for GDRSA, Ms Freda Frimpong.

“There is a pass mark that we are using to select them for the next round and it starts from the marks they have accumulated right from the beginning of the competition,” she explained.

The awards themed, “Rewarding Driving Excellence, Promoting Road Safety” will be held on November 21, to reward professional drivers, media houses, corporate institutions and individuals who have contributed to saving lives and properties on Ghana’s road.

This year, the awards will coincide with the World Road Safety Day celebrations.

The overall winner will receive a Suzuki salon car.

The overall winner, according to Ms Frimpong, must exhibit “great skills in defensive driving and how to handle passengers and goods.”

The awards scheme is in partnership with the National Road Safety Authority and supported by Ghacem Cement, Goil Ghana, Enterprise Insurance, Silver Star Auto, Ministry of Transport, the Driver and Vehicle Licensing Authority and many others.

A 52-year-old female driver with the Metro Mass Transit, Madam Margaret Atti, who has been driving for over 21 years, expressed the hope of winning the Suzuki salon car at the end of the event.

She also advised the young ladies in the country to see driving as a viable career option to consider for the future, saying “it is better to be a female driver than staying home unemployed.”

A Road Safety Advocate, Osofo Moses, was also there to translate the questions in Twi for some of the drivers who could not read English.